Jeff's Getting a New Stereo System: Part One

In my 20 years of reviewing audio equipment, I’ve bought and sold a lot of gear. From the beginning, I took the tried-and-true audiophile path: each upgrade promised better performance than what had preceded it, and usually cost more. Through the years, the total retail value of my system has inched up in price, culminating in my current rig of Magico Q7 Mk.II speakers, Soulution 711 and 560 electronics, Nordost cables, and Torus power conditioner: about $400,000. That doesn’t include my custom listening room, the Music Vault, or all the money and sweat equity I’ve spent moving gear into and out of it. 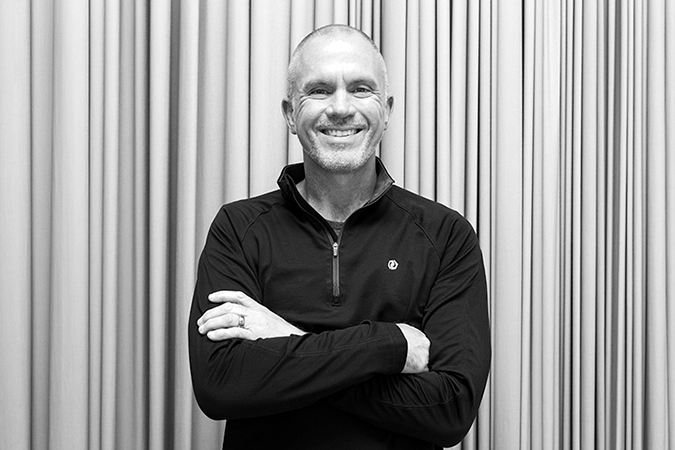 Has it all been worth it? Sure. Mostly. Without a doubt, the Magicos and Soulutions have provided me with state-of-the-art sound quality and countless hours of enjoyment.

But for at least a few years now, something’s been nagging at me. Like that little twinge in your knee that doesn’t necessarily keep you from doing the things you want or even hurt that much, but that reminds you, every time you move a certain way or do a specific activity, that something is just not right. A few factors have contributed to this feeling.

One has been the ever-steeper upward climb of the prices of high-end gear. In the late 1990s, when I began in this business, a speaker costing $20,000/pair was considered a top dog. Now, for many brands, such models are literally the entry level, or close to it. Then it was $100,000/pair speakers. Now, $400,000/pair seems to be a price that some manufacturers aim for. I’ve talked with many manufacturers about this, and the reason they give for this climb is simple: There is a significant base of customers who won’t even look at equipment that they feel is not expensive enough. One CEO told me that his company took a $40,000/pair speaker to an audio show in Asia, where the complaint was that it didn’t cost enough. “What can you do for double that amount?”

My problem with this development -- besides no longer having enough money to chase after the highest of high-end gear -- is that now the endpoint seems to be price, not sound quality. The president of an electronics company confided in me that they’d created a particular model because an Asian distributor asked for it, but that it really didn’t do anything that their next model down, at half the price, couldn’t do.

I also began to notice the defensiveness of some audiophiles who’ve invested in really expensive gear. It plays out again and again on Internet audio forums: A guy buys something expensive and posts a glowing review of it. Invariably, another guy who’s heard that component posts that he thinks it’s not all it’s cracked up to be. An argument ensues, escalates, and one of the guys is banned from the forum and heads for another forum’s greener pastures and more civil discourse. Even sadder are the guys on forums who are so invested in a particular brand that, at every turn, they find ways to promote that manufacturer’s wares. It’s as if they feel they have to build up the brand so that they can feel justified in having laid down the insane amounts of cash they’ve spent on the flagship model. I followed one such guy’s thread for two years: about once a week, he promoted the same company, posting quotes from reviews of its products, links to articles about it, hi-rez photos, and descriptions of listening experiences, etc. -- all to promote the brand he’d bought into. And no, he’s not a dealer.

Perhaps I’m noticing these things more because, for a number of reasons -- not all of them related to audio -- my own views have changed. I’ve got two kids I didn’t have 20 years ago, ages 11 and 12. To those of you with children of your own, I probably need say no more. But to those of you who don’t, I can say that being a parent has greatly affected how I feel about spending large sums of money on stereo gear. There are saving money for college tuition and family vacations and all that, but there’s also, for me, what amounts to something deeper that I didn’t have before: an internal governor on spending large sums of money on things that have nothing to do with family, friends, or activities that in some way improve the plight of others. It’s simple: I no longer feel good about buying super-expensive gear, even at accommodation prices.

None of this changes the fact that I still value a high quality of sound in my stereo system. It’s how I get there -- to genuine high fidelity -- that has to change.

Many reviewers get there through long-term loans of gear from manufacturers. Most higher-profile reviewers accept long-term loans as a way of keeping on hand a reference system that reflects the current state of the audio art, so that they can evaluate new contenders, one of which just might alter that state. I understand this approach -- those reviewers will tell you that they can’t personally afford the gear they’re borrowing, and that readers want them to write about the most expensive gear. Such loans, they argue, are an unavoidable means to a necessary end.

I’ve chosen another path. First, I don’t want to be beholden to any manufacturer. If I “need” that loan to make my system completely state-of-the-art, how willing am I going to be to criticize the company I’m borrowing that component from? Second, I don’t want a system made up of gear that comes only from the companies willing to provide long-term loans. After all, some companies won’t do this. Consequently, I buy my gear at industry-accommodation prices, which opens the door to, essentially, all manufacturers. Of course, that, too, comes with potential compromises.

Where has this path led me? Presently, I’m without a stereo system. I’ve sold my Magicos, and the Soulutions will go soon. I’ll be searching for a system that will cost considerably less than what I had, but that still fits the ethos of SoundStage! Ultra: Sound to the Xtreme. The emphasis of my writing from now on will be on the best sound quality, not the most expensive gear.

Next month, I’ll lay out a list of criteria for my new stereo system: I’ll discuss prices, and personal as well as professional requirements, including the flexibility I’ll need to keep reviewing Ultra-level gear.