In 2019, Verve Records and Impulse! Records, both now owned by Universal Music Enterprises, reissued titles from their catalogs on LP in a series they called Vital Vinyl. Sales were undoubtedly good, because Universal has now partnered with Acoustic Sounds to release selections from its extensive vault of jazz recordings on vinyl. The Acoustic Sounds releases will include LPs that originally appeared on the Impulse!, Decca, EmArcy, and Philips labels. Recordings from its Blue Note holdings will continue to be reissued in its Blue Note 80 and Tone Poet series, which launched in 2019.

The Vital Vinyl series was well mastered, and the LPs themselves were high-quality pressings from GZ Media in the Czech Republic. However, the Acoustic Sounds reissues are all-analog and pressed at Quality Record Pressings, a pressing plant owned and operated by Acoustic Sounds. Chad Kassem, founder-owner of Acoustic Sounds, supervised the production of the series. The album covers, made by the Stoughton Printing Company, are printed on heavy cardboard with tip-on gatefold artwork. The Vital Vinyl LPs, by contrast, were housed in the usual lightweight cardboard sleeves.

I picked up the new Acoustic Sounds reissue of A Love Supreme, John Coltrane’s classic album originally released in 1965 on Impulse! Records. I’ve owned it on CD (Impulse! Records GRD-155) for years, but I bought a vinyl copy (Impulse! Records GR-155) a few years ago. This 2015 pressing was plagued by a background ringing noise. I got a replacement, which had the same issue, and when I checked forums on the web I found out that all pressings from that 2015 master have the same problem. I then bought the three-disc Complete Masters version (Impulse! Records B0023911-01), which doesn’t have the background noise, but sounds like it was cut from second- or third-generation masters. 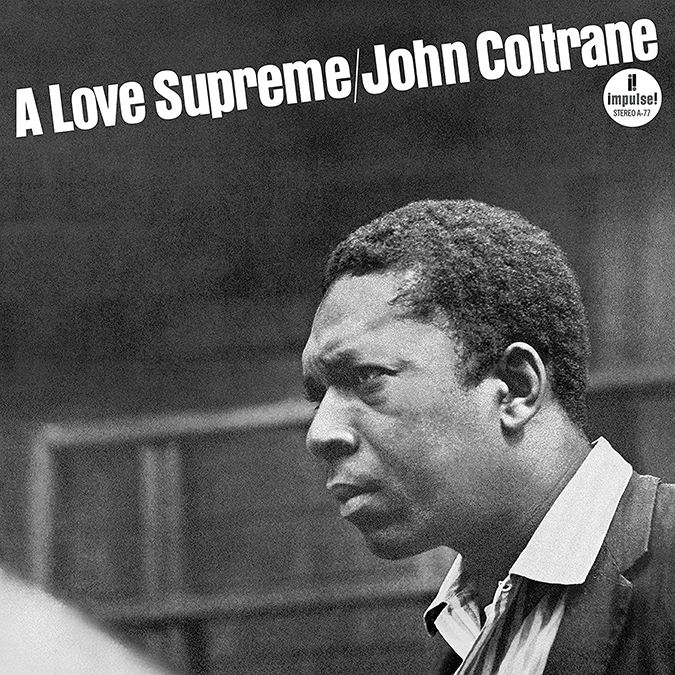 The slight ringing sound on the 2015 pressing is distracting during quieter passages, but this pressing is more immediate and exciting than the Complete Masters discs. On the latter, Elvin Jones’s cymbals are dulled, McCoy Tyner’s piano sounds muffled, and Coltrane’s tenor sax lacks bite. Jimmy Garrison’s bass is also distant and undefined. On the 2015 single-LP version, those instruments sound fuller and more vibrant, but on “Part I -- Acknowledgement,” the opening track, the ringing during quiet passages could easily be mistaken for the sound of Jones playing a sustained roll on the cymbals with a timpani mallet.

Ryan Smith at Sterling Sound mastered A Love Supreme from original analog tapes for the new pressing, and he gives the recording more space and realism than I hear in the other versions I own. Instruments are lifelike and more clearly presented. Even Garrison’s double bass, which could have been more forward in the original recording, has more impact and body. Jones’s cymbals have more shimmer, each drum sounds out forcefully, and it’s easier to hear the unique tones of each drum. McCoy Tyner’s piano chords are harmonically richer and more dynamic. The new LP has a much deeper and wider soundstage and gives me a better sense that the music was performed in a three-dimensional space.

Erick Labson mastered the 2015 LP release of A Love Supreme, as well as the 1995 CD release, so I wasn’t surprised to hear similarities between them. The CD, thankfully, lacks the background noise. Jimmy Garrison’s bass had a bit more punch on the CD than it did on Labson’s vinyl master, but still lacked definition through much of the recording. On the new Acoustic Sounds pressing, Garrison’s solo bass intro on “Part II -- Resolution,” the second section of the composition, is more solid, with a more convincing attack, than it is on the other three versions I have. I could hear how the notes resonated within Garrison’s full-size acoustic double bass. 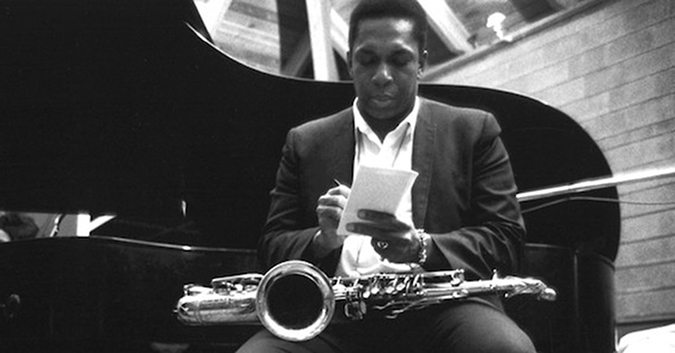 On the CD and my other vinyl pressings, the music seems to stop at the speakers, while on this reissue it has more room to spread out and show itself. During Elvin Jones’s solo drum feature on the opening of “Part III -- Pursuance,” the drums sound larger and echo more clearly into the left channel than on the CD and the other LPs I own. Cymbals splash with more excitement, and when Coltrane enters with the rest of the quartet, his sax has more fire and edge. Garrison’s bass is more fleshed out, giving better support when he and Jones move to fill in behind Tyner’s piano solo. Individual strings reach the ear during Garrison’s second feature on the piece, a lengthy statement leading into the final section, “Part IV -- Psalm.” Once again, I get a much better impression of the resonance and power of his double bass.

When I switched between the CD and the new pressing, the CD gave me the impression that Coltrane was some distance from the microphone. The new pressing brings his tenor sax further out into the room, with greater texture and clarity, and it lets me hear the conviction and emotional commitment in his playing. On the CD and the other pressings, the instruments behind him are pulled too far back, whereas Smith’s mastering on the Acoustic Sounds pressing allows them to flesh out the music and reveal the fullness of Coltrane’s vision of spiritual awakening.

I was able to borrow a copy of the Analogue Productions SACD of A Love Supreme, which Kevin Gray remastered. It has a slightly wider soundstage than Smith’s vinyl master, and more top-end sparkle. Coltrane’s sax and Jones’s cymbals have stronger transients and the music has a bit more drive. The new LP has far greater low-end heft, however, and it gives the music a stronger foundation. Garrison’s double bass, Jones’s kick drum, and even the lower-register notes on Tyner’s piano hit the speakers with more authority. Garrison’s features on the album are firmer and more impressive. I like the sound of the SACD very much, but I give the new vinyl pressing a slight edge for allowing me to hear more clearly the interactions of the quartet. I’d be very interested in hearing Gray’s 45rpm master of the recording, which he also did for Acoustic Sounds.

My pressing of the LP was quiet and flat, and the cover is richly done, with a clearly focused reproduction of the original cover photo. The only error I saw was a misprint in the track titles on the disc label on side 2, which shows Part IV as “Resolution” instead of “Psalm.” 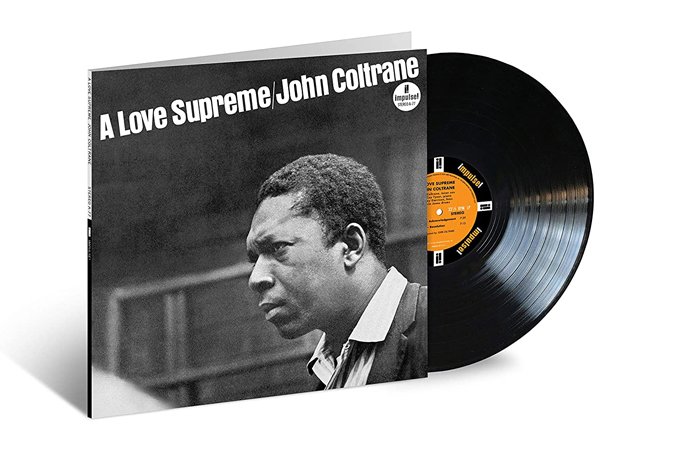 I did some research to determine whether the original master for A Love Supreme was lost in the 2008 fire that destroyed many of Universal’s master tapes. Jody Rosen, who wrote a New York Times story about the fire, posted a note on Twitter indicating that A Love Supreme was probably not in the vault at the time. There’s a good chance Smith was able to use an original master as his source. Whatever he used, the result is leagues better than the other copies I own.

It’s possible that an earlier pressing might sound better than this one, but even an affordable MCA Records reissue from 1980 will set you back about the same price and it won’t come in a luxurious gatefold cover. Earlier pressings on Impulse! are even more expensive. There are reissues of the album from Analogue Productions and Speakers Corner Records, but the former is a pricier two-disc 45rpm set and the other is out of print and nearly as expensive as an original Impulse! LP. For a reasonable price, you can pick up this great-sounding version of A Love Supreme by Acoustic Sounds and be assured that you are closer to hearing what occurred in the studio during the recording of this seminal jazz album.