Stuff You Didn't Know You Needed

Welcome to the world of the analog LP. In case you weren’t aware, there’re whole catalogs full of stuff for record collectors that you never knew you needed. It’s the same in any hobby. Fishing, shooting, stamp collecting -- for any pastime you can shake a stick at, cool gear and bits and pieces abound. Companies throw accessories at it and hope some of them stick.

But to participate in the sport of vinyl, there are some accessories you definitely need. Some will make your life easier, others will make your system sound better, and some will do both. This month I talk about some of the analog tchotchkes that I’ve chosen not to live without. Some you can simply add to cart; others are found items. 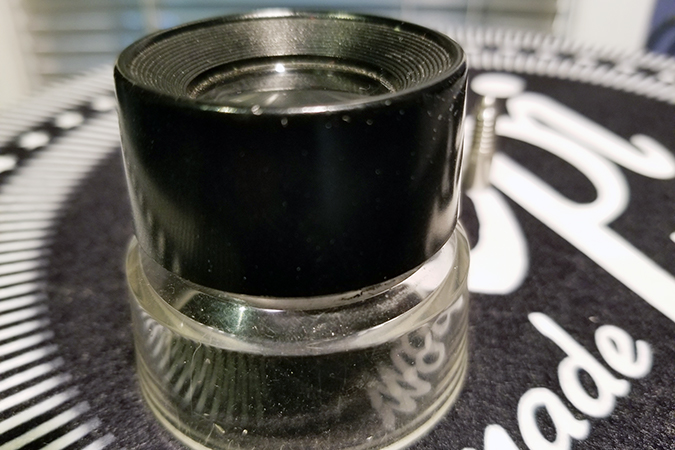 Paramount on my list are magnifying glasses. When I need to clean a stylus, align a cartridge, or pick a splinter out of my thumb, I reach for one of my many jeweler’s loupes or cheater drugstore reading glasses. I wear 2.25x glasses every day, but even wearing those, when I try to align a cartridge I can’t see shit. So sometimes I’ll double-up two pairs -- they don’t sit very stably on my face, but they work a treat -- or I’ll use a huge pair of 1970s goggle-like glasses that I bought for 25¢ at a garage sale. They’re so astonishingly strong that I have to close my eyes when I put them on -- otherwise, the transition gives me sickening vertigo. But once they’re on, it’s as if I’m looking through an electron microscope. It seems I can see into the very pores of my skin -- or down to the bottom of a record groove. 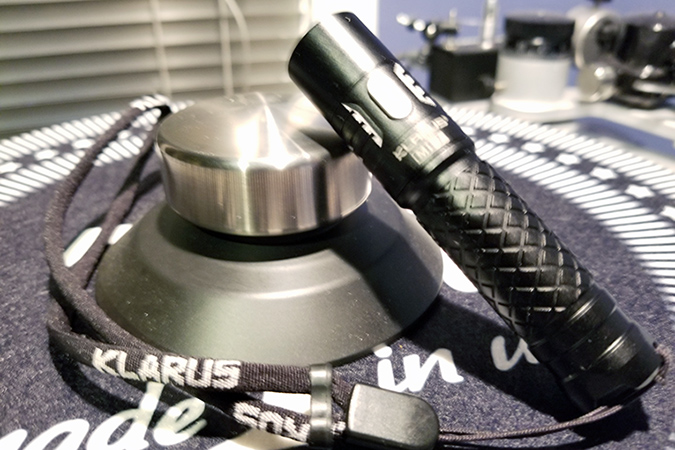 Next up is a good flashlight. Careful here -- you can easily tumble down a rabbit hole of high-end flashlights. Basically, you want a small flashlight that runs on a single AA or AAA battery and has a couple of different intensities. I lay my Klarus Mi7 down on the record mat, right next to the stylus I’m aligning. Makes my life easier. 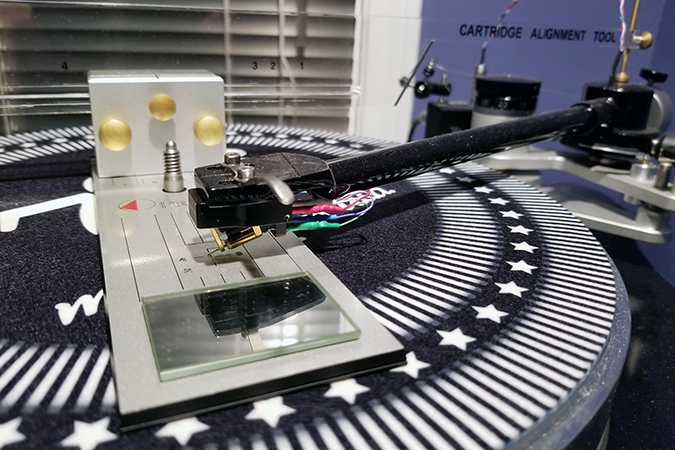 There are any number of cartridge-alignment jigs and devices out there, but I’ve remained faithful to Pro-Ject’s Align it protractor. At $149 USD, the Align it isn’t cheap, but it’s built to last a lifetime, and will pay for itself the first few times you use it. It’s a slick device that can be easily adjusted to fit a tonearm of any length from 9” to 12”. Just slip it over the spindle, adjust the protractor’s beam until the pointer is smack-dab at the arm’s pivot point, and you’re set to go. Pro-Ject has thoughtfully added a mirror to assist with azimuth adjustment. Its storage box is nice and sturdy -- in it I keep my assortment of hex keys, cartridge screws and nuts, and micro-needle-nose pliers. 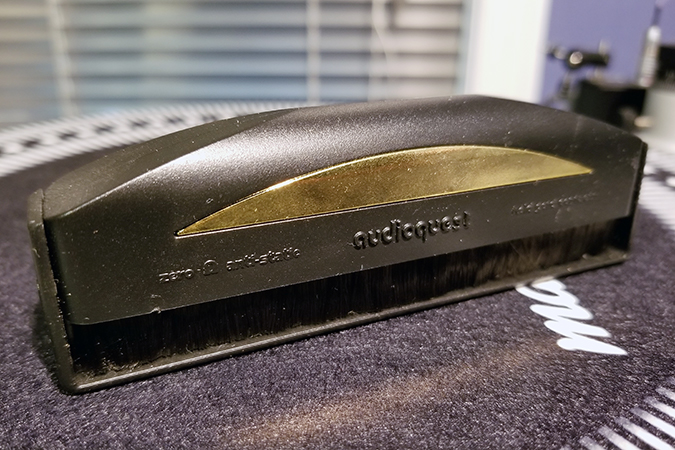 After over 15 years of use, the bristles of my carbon-fiber record brush had begun to get all tatty and matted, but I could still use it -- until recently, when it suffered its last fall and disintegrated into a gazillion pieces that I had to suck up with a Shop-Vac. Those little fibers get everywhere! Anyway, it’s most fortuitous that AudioQuest recently released an upgrade to their Original Record Brush (which they still make). Their new Anti-Static Record Brush provides a path to ground from the conductive carbon-fiber bristles to your hand, and while it’s hard to do an A/B test of this thing’s efficacy, it certainly seemed to cut down on the static noise I hear when I remove a record from the platter. The ASRB is also far more densely packed with bristles than my old brush -- I can exert a fair bit of pressure on the record surface without the bristles collapsing in defeat. A bargain at $19.95. 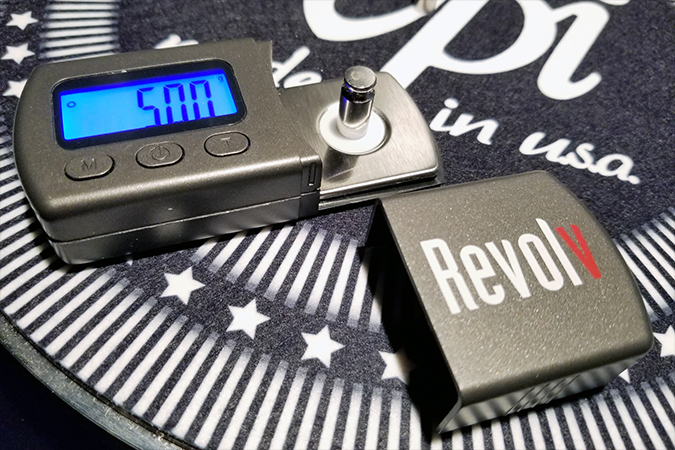 For almost a lifetime now, I’ve relied on my claw-hammer Shure SFG-2 stylus-force gauge. This primitive balance-beam device, pressed out of cheap metal, works and works, and I’d never felt the need to replace it. But change is what happens in audio, right? Now I’ve blasted myself into the 21st century -- for the last few months I’ve been using the Revolv Turntable Stylus Gauge ($49), which gives me immediate and precise readings down to 0.01gm, vs. the Shure’s I-guess-that’s-about-right 0.1gm. The Revolv has a few nifty features: You plonk the stylus down on the gauge at record height, which is ideal. The readout is backlit, and the display is nice and big. What’s especially cool is that the gauge comes with a 5gm weight, which you can use to calibrate the scale. My unit calculated that 5gm weight at exactly 5gm -- most reassuring. The Revolv is just so much quicker and more convenient than my poor, tired old Shure that it’s almost fun to use. So there’s no turning back. 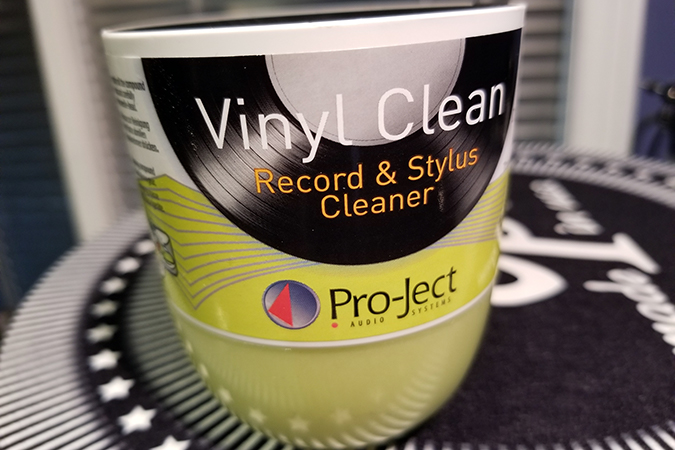 We all wash our hands after we’ve gone to the bathroom, right? Well, hygiene is just as vital in the dirty business of analog -- your stylus spends its life rooting around in the public washroom that’s the bottom of a record groove. It’s filthy down there, and every once in a while that needle needs a sponge bath. I’ve used any number of potions and gumbos over the decades: Last’s Stylast, Lyra’s SPT Stylus Performance Treatment, those funky Magic Erasers. I’m not that fussy about this job -- whatever I have on hand, I’ll use -- and right now I’m campaigning for Pro-Ject’s Vinyl Clean compound. 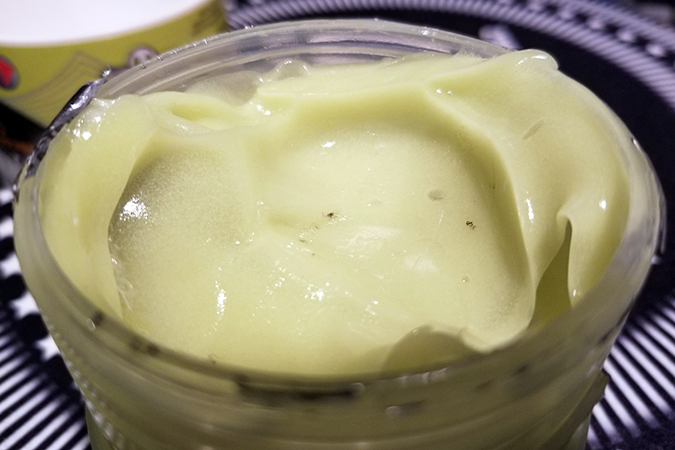 Vinyl Clean is essentially a little pot of bright green slime like that green goo we used to make horrific messes with as kids. Pro-Ject sells Vinyl Clean as a cleaner of both styli and records: press it on to a record and peel off the dirt. I’ve never used it to clean LPs -- I’m a dedicated wet-wash guy -- but it does a bang-up job of pulling dirt off a stylus. Just drop the needle down into the slime and lift it straight up again. It’s easy to know if it’s working -- I always see a tiny dot of dirt left behind in the slime. Pro-Ject claims that one pot of Vinyl Clean is good for eight months’ use, after which it should be discarded. It’s not imported into North America, but for those of you on the other side of the pond, it sells for €11.99. 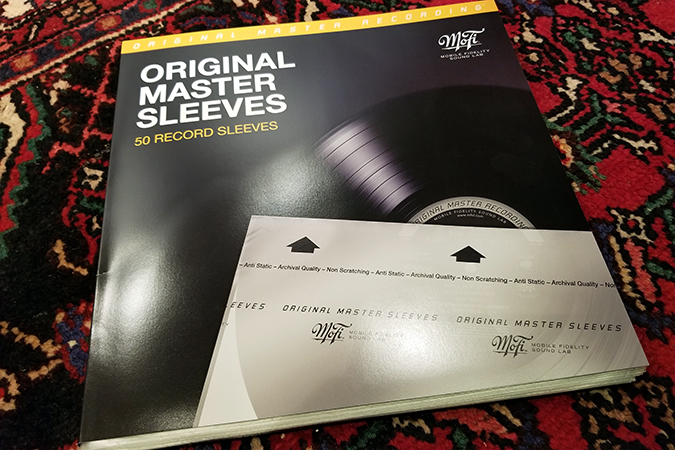 Continuing on with cleanliness, godliness, and all that, I’m very picky about inner record sleeves. I’ve gone through a bunch of brands and styles, but for the past decade I’ve stuck with Mobile Fidelity Sound Lab’s Original Master Sleeves. These wispy little guys aren’t the cheapest out there, but in my opinion they’re by far the best. The back of the sleeve is made of thin paper sandwiched between two sheets of high-density polyethylene, and the front is a single sheet of the same polyethylene. The OMS is strong as hell and extremely easy to work with, and the MoFi logo and arrows printed on it indicate where the open edge is -- there’s no fumbling around as you insert the record. That done, the OMS slides gracefully into the album’s outer jacket, and never seems to hang up or crease. Original Master Sleeves are a genuine pleasure to use. Whenever I open a new record, I discard the old sleeve and slam in a MoFi. At $20 for a pack of 50, they’re a luxury I wouldn’t be without. 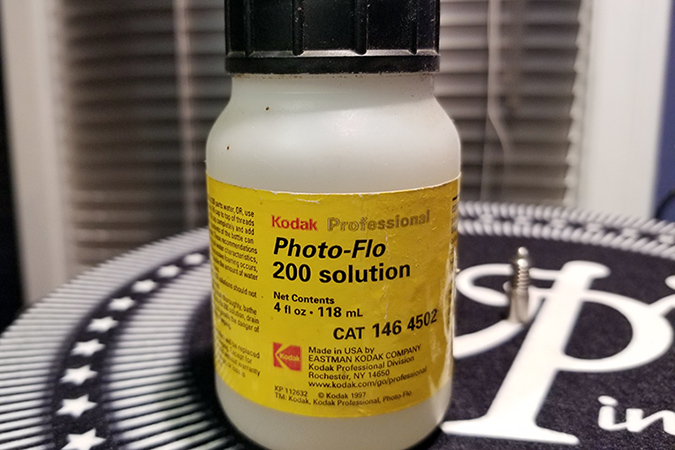 I’d be remiss if I didn’t mention my never-ending bottle of Kodak Professional Photo-Flo 200 Solution. This wetting agent for developing photographic film is still available from a number of photo-supply houses for $7.95 for a 16-ounce bottle. I use a drop of it mixed into four parts distilled water and one part isopropyl alcohol, and it works as a surfactant -- i.e., a detergent -- to break down the water’s surface tension. I use this basic mixture to clean my LPs in a VPI Cyclone record-cleaning machine, then follow the wet wash with a rinse of pure distilled water. A dedicated, scientifically designed fluid would possibly -- probably -- work better, but I’ve been using my homemade brew for decades now and I’m comfortable with it. Besides, I’ve made it a life goal to use up my 16-ounce bottle of hyper-pure soap.