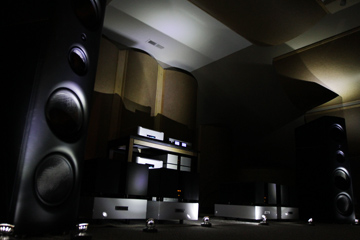 At this point, The World’s Best Audio System 2012 has been well documented. Nevertheless, having just spent three jam-packed days flying from Los Angeles to North Carolina and back for a engaging and engrossing Saturday “happening,” I’m happy to share some of my impressions.

Commitment. On reflection, I remain amazed by the sheer amount of effort expended by everyone involved to make TWBAS 2012 such a success. Following his decision to have another go at assembling an all-hands-on-deck supersystem, Jeff Fritz spent countless hours researching leads, contemplating complementary components, and balancing the already available against the potential of cutting-edge opportunities still in process. And that was just the beginning.

Next came the making of final decisions, obtaining reciprocal commitments from manufacturers and designers, and preparing for the announcement of the participants at the 2012 Consumer Electronics Show. Dedicated and ready to contribute, a team of SoundStage! Network writers delved into the details to prepare a feature on each participating component. To ready his Music Vault, Jeff brought in engineers and contractors to further modify his home to ease installation of the system, and even installed a dedicated, wall-mounted power conditioner from Torus Power.

As the big weekend approached, Magico and Vitus Audio pulled out all the stops to ensure that their cutting-edge speakers and electronics, respectively, were finished and delivered to North Carolina before the deadline. When originally circling dates on the calendar, I doubt that Jeff Fritz, Magico’s Alon Wolf, or Hans-Ole Vitus quite realized what a nick-of-time exercise in manufacturing and logistics everything would become. But all arrived with a full day or two to spare, allowing Jeff, Wolf, and Vitus to spend the better part of Thursday and Friday using their collective experience, measuring tapes, and test gear to set up and dial in. 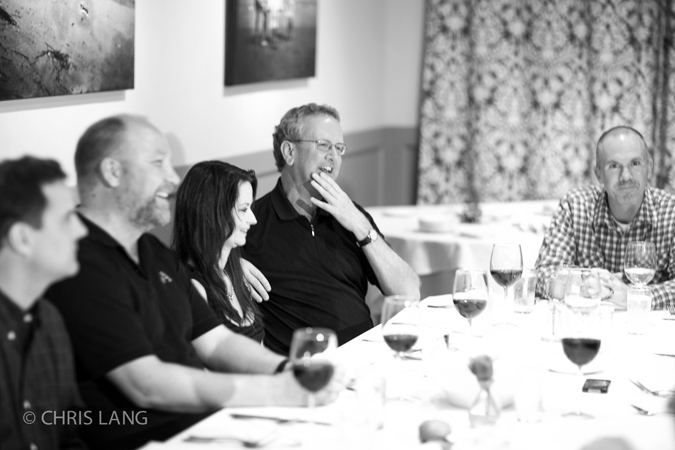 TWBAS 2012 was an international affair. Hans-Ole Vitus and his wife, Britta, flew from Denmark to Wilmington, via Atlanta. Charles Kim of WideaLab flew halfway around the world, from his company’s headquarters in South Korea. With the other participants arriving chez Fritz from California, Canada, and other points in North America, serious air miles were logged. Jeff’s wife, Andrea Fritz, made what was perhaps the biggest commitment of all -- opening her home to a group of strangers while being the most gracious of hosts.

Passion. All participants in TWBAS 2012 displayed their passion for the industry, their companies, and, most important, the music. Again and again, from the Music Vault to the Fritzes’ back porch, which overlooks the Intracoastal Waterway, groups small and large avidly discussed their philosophies of sound reproduction, explained details of their designs, and shared information about their personal systems. These discussions were free-flowing and dynamic. Everyone was engaged.

We spent hour after hour listening to music, with various folks picking up the iPad to play DJ, adding tracks to the playlist via the addictive Aurender S10 music server. I love opportunities to explore music that inspires others, and to share some of my favorites in return. There were many such moments on TWBAS Saturday: the phrases “Who’s that again?” and “Are you familiar with . . .?” were heard often. With the exposure and recommendations gained on Saturday, Monday morning had me on Amazon.com buying nearly a dozen new titles. Displaying their own passions while sparking those of others, the participants in TWBAS 2012 again proved that our hobby need not be isolating -- when the collaborative juices start to flow, it thrives.

Camaraderie. Reading many of the blogs that cover high-performance audio, one might conclude that this industry is filled with nothing but competitive, dogmatic, even combative personalities, each protecting his or her few square inches of turf. From what I saw at TWBAS 2012, nothing could be further from the truth. Everyone was excited to be there, and to share the experience with friends old and new.

Thoughtful questions where posed and answered. Listening sessions of a diverse, eclectic, and stimulating nature were ongoing. Patience and courtesy were on constant display. It was fun to see the gang circle around the computer monitor whenever Doug Schneider and Jeff Fritz released another “live” feature on SoundStageGlobal.com. While many participants were meeting each other for the first time, I sensed that lasting connections were being made. Sharing positive experiences has a way of doing that.

Spending the wee hours of Saturday night with Jeff and Doug in the Music Vault was a perfect way to end a rewarding day. Taking turns in the captain’s chair, sharing the controls, and delving into the nuances of the performances unfolding before us cemented the collaborative nature of the event: camaraderie personified. 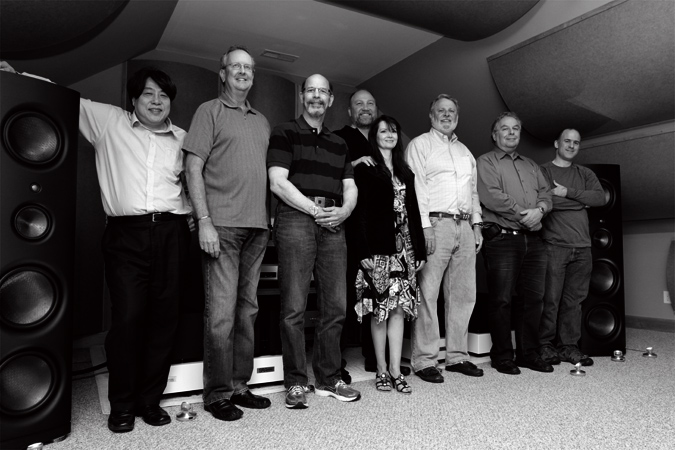 Let’s do it again! TWBAS 2012 is over, and there’s no knowing when the winds of change will create another perfect storm of audio nirvana. The sound improved throughout the weekend, and it was never less than exceptional. I look forward to updates as Jeff informs SoundStage! Network readers of how far the sound of TWBAS 2012 advances through weeks of continuous play.

Though I always suspected that TWBAS was no undertaking for the faint of heart, I now more fully appreciate why three years had elapsed since TWBAS 2009. Not only does it require a Herculean effort, but even under the best of circumstances, the final result is a crapshoot. Even with world-class components in a world-class listening room, synergy is not guaranteed -- enough sonic magic might not be sparked for the spell to be cast. Was the system matching in this instance a result of skill or of luck? I attribute much skill to Jeff’s choices, and to the participating companies and designers, yet sometimes it’s better to be lucky than good. Whatever the reasons, at TWBAS 2012, the results spoke for themselves.

What I do know is that each of us has the ability to rekindle the passion and camaraderie that were on display at TWBAS 2012, and without so significant a commitment of time and energy and money. Create your own audio event and share your passions. Even if your system doesn’t aspire to the same heights, it’s still your reference, and undoubtedly performs better than what 99% of the population knows to be possible. Have an album-listening party for a small group of music lovers and hi-fi enthusiasts. If what was on display that weekend in North Carolina is any indication, you’ll get much more out of it than you put in.