Blue Note’s celebration of its 80th birthday continues, and I wanted to cover two new pressings featuring nearly the same players but released in different reissue series. “Baby Face” Willette’s Face to Face has been returned to print on vinyl as part of the Tone Poet series, mastered by Kevin Gray under Joe Harley’s supervision. Grant Green’s Grant’s First Stand is part of the Blue Note 80 series, also mastered by Gray but produced by Don Was.

The Blue Note 80 releases are similar to the label’s 75th-anniversary LPs, but this time Was, who is also Blue Note’s president, chose to have the records mastered entirely in the analog domain and pressed by Optimal, in Germany. Blue Note 80 LPs are housed in standard-weight reproductions of the original covers. Tone Poet vinyl is pressed at RTI in Los Angeles, and comes in gatefold jackets of heavy cardboard, with tipped-in artwork and additional photos from the recording sessions. 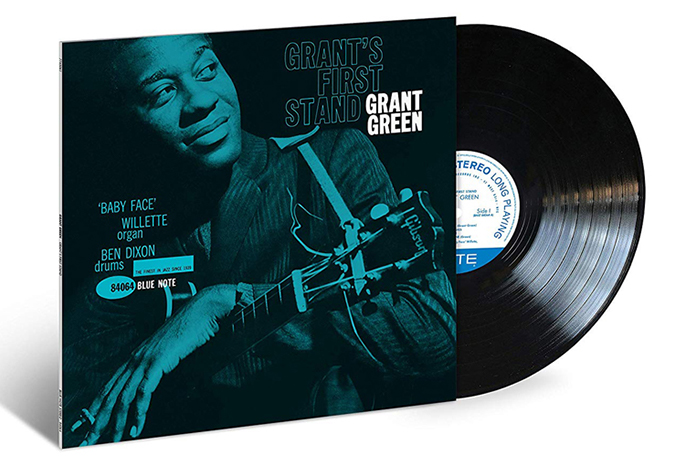 These two albums were recorded two days apart, in late January 1961, and released soon thereafter. On Grant’s First Stand Green plays guitar and bass, with Willette on Hammond B3 organ and Ben Dixon on drums; all three also play on Face to Face, with the addition of tenor saxophonist Fred Jackson.

I was eager to compare these reissues for differences in pressing quality and mastering, especially as the Tone Poet releases list for $35 and the Blue Note 80s go for $25. I have both recordings on CD. My copy of Face to Face is a 1997 release that was part of Blue Note’s Connoisseur series, mastered by Ron McMaster. Grant’s First Stand is a remastering by Rudy Van Gelder for the album’s release on CD in Japan in 1999. 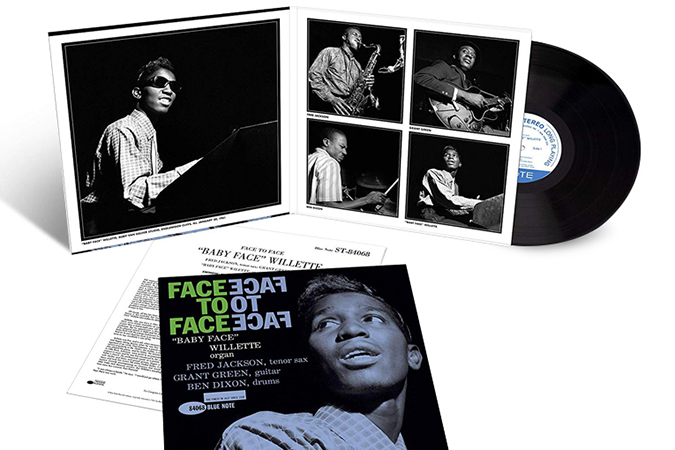 I compared the CD of Face to Face with the new Tone Poet LP and was immediately struck by the latter’s greater clarity, spaciousness, and realism. I felt transported to the studio -- I could visualize the musicians that clearly. Dixon’s drums are crisp and resonant, the notes of Willette’s Hammond ring out firmly, and Green’s guitar chords sound deeper and fuller. Jackson’s gritty, R&B-influenced tenor playing is more textured and three-dimensional on the new vinyl; by comparison, the CD sounds reserved.

Van Gelder’s remastering of Grant’s First Stand has plenty of drive -- it doesn’t sound as soft as McMaster’s work on Face to Face -- but instruments are pushed forward and crammed closer together. Gray’s remastering for the new pressing spreads the instruments across a wider, deeper soundstage, giving their sounds room to bloom. 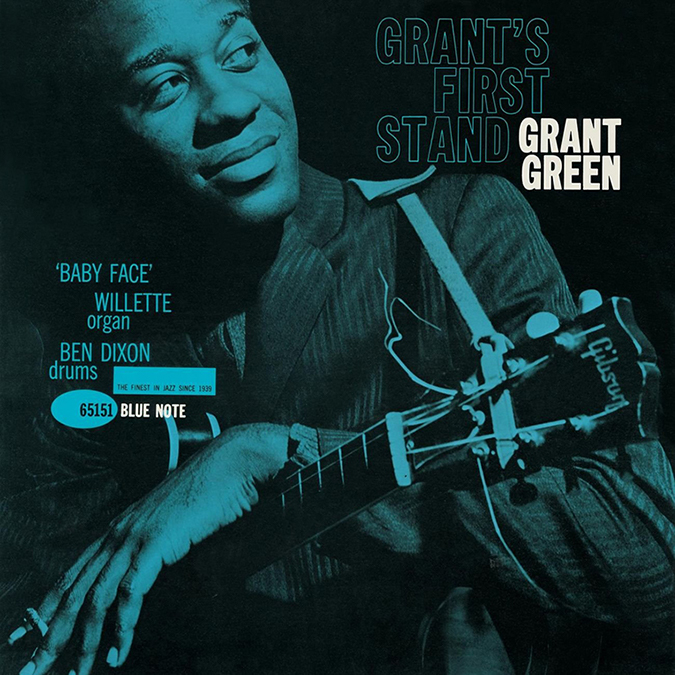 On the new LP of Grant’s First Stand it’s easier to hear the tonal variety of Dixon’s drums, and his cymbals shine brighter. His cross-sticking rings out more sharply in the ballad “Lullaby of the Leaves,” and the surrounding reverb sustains longer than on the CD. Green’s rhythm-guitar work has more room to let the structure of his chords register, and individual notes in his solos sound as if they have greater conviction and a sweeter tone. Willette’s work as either accompanist or soloist is warm and complex -- those qualities get lost on the CD, in part because Van Gelder overemphasized the sound of the Hammond’s bass pedals.

Both new LPs were stamped on 180gm vinyl and were of good quality, but I found RTI’s pressing of Face to Face quieter. The difference wasn’t dramatic, but Face to Face was utterly silent -- from Optimal’s pressing of Grant’s First Stand I heard a barely audible amount of surface noise. The backgrounds on Face to Face were just a bit more “black” and airy. 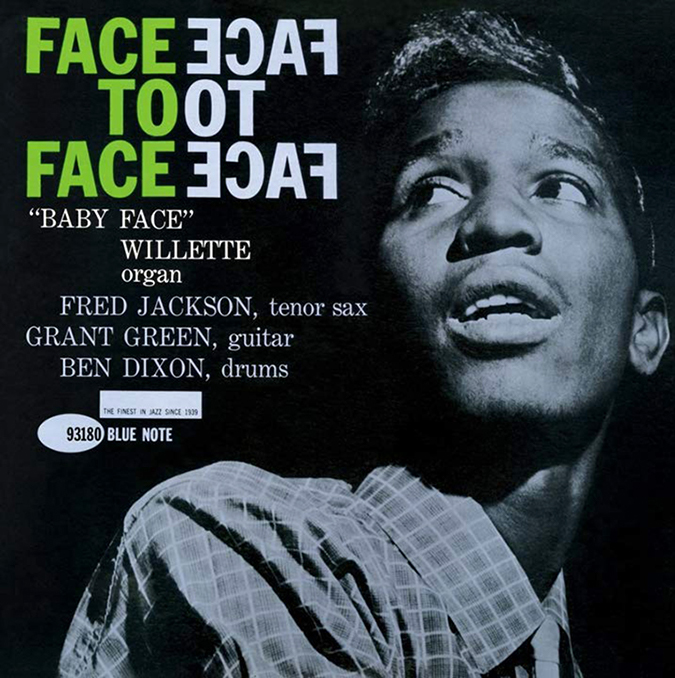 The new mastering of Face to Face also brought out tiny details that made me feel as if I’d taken a step closer to the musicians. I could hear things that were sometimes startling. Green’s lightly picked notes on rhythm guitar in the slow blues “Goin’ Down” were remarkably clear, and it was obvious to me in his solos that he used a low-watt, tubed guitar amp with the volume pushed just high enough to cause it to overdrive. I could also hear -- almost feel -- the air blown through Jackson’s tenor in his R&B-style honks in “Goin’ Down.” 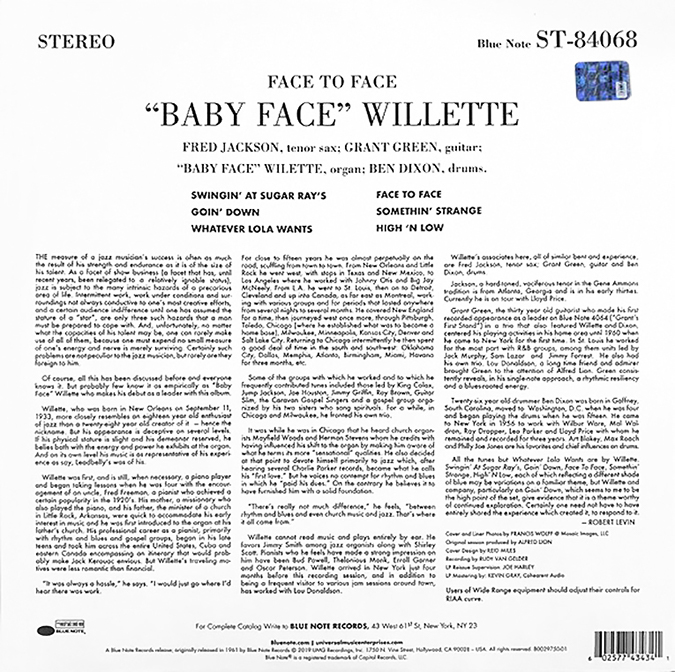 Grant Green (1935-1979) would go on to record extensively for Blue Note as both leader and sideman. “Baby Face” Willette, who died in 1971, would appear on only two more albums for the label, one as a leader (Stop and Listen, 1961), and another as a sideman (Lou Donaldson’s Here ’Tis, also recorded that same week in late January 1961). Gray’s mastering of Grant’s First Stand is exciting and direct; Face to Face is even stronger, letting me hear close-up, with riveting clarity, what each musician is playing. Both new pressings are worthy additions to Blue Note’s long discography.