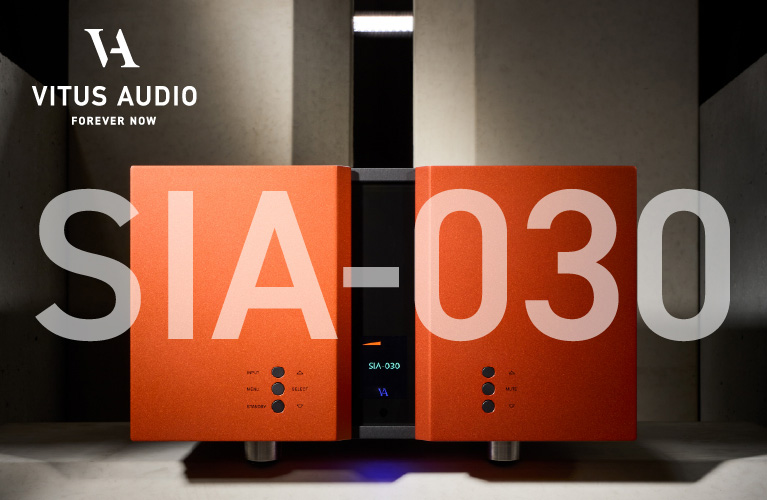 Some 15 years ago, after improving the sound of my two-channel audio system by upgrading all of its cables, I looked into doing the same for my home-theater rig. An obvious place to begin was with the Monster Cable coaxial S/PDIF interconnect that was between my DVD player and A/V receiver. Remember, this was around the time HDMI cables first appeared.

I had two options. One was to trade up to Monster’s then top-of-the-line coaxial cable. The other was to audition a cable from one of the makers of exotic audiophile cables. Even then, I knew enough to choose the second option. Since I’d apportioned most of my overall audio budget to my two-channel system, I began looking for boutique cables that wouldn’t break the bank.

On cursory inspection, the impossibly thin Stereovox XV2 looked as if it would stand little chance when compared in listening tests with its much bulkier competitors, including my mid-tier Monster coaxial link. Indeed, to this day, Sommovigo’s digital links are more slender than the norm of high-end interconnects, which are often so bulky they barely fit the input and output jacks of the components they’re designed to connect. But right out of the box, the VX2 trounced the Monster. I soon sold the Monster and never looked back.

Over the years, Sommovigo designed cables for two other companies he owned or co-owned, Stereovox and Stereolab. He’s also designed cables for other manufacturers, including Kimber Kable, i2Digital, and others he’s contractually obligated not to name. Sommovigo also designed the famous Xhadow analog RCA and XLR connectors, which I often used back in the day to make DIY interconnects. His current company, Stereolab LLC, sells cables under the Black Cat Cable brand. 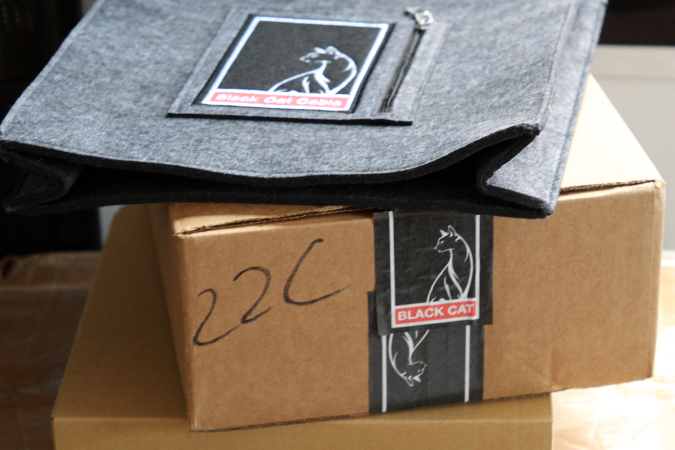 Recently, Soundstage! Network founder-publisher Doug Schneider asked if I would be interested in reviewing any Black Cat products. Fondly thinking back to my days with the Stereovox XV2 cable and Xhadow connectors, I contacted Sommovigo, who sent me two digital cables from his top line: the Trøn USB link and the Trøn Kløk master clock interconnect. Each model costs $1999/1m, and $650 for each additional 0.5m. Looks as if the days of cutting-edge digital links costing only $150 have gone the way of the DVD player.

Made to order by the designer

The vast majority of commercial, high-end audiophile cables are made by someone following the designer’s specifications. But Chris Sommovigo not only designs the Black Cat cables, he builds every one of them himself, to order.

In the early 2000s, Sommovigo developed the CuTube “microtube.” This hollow conductor is 0.035” in diameter, with walls only 0.008” thick. Sommovigo states that it’s made of the purest copper that can be formed into a tube.

In about 2007, Sommovigo followed the CuTube with another proprietary conductor, the InterPole, which was first used for the internal phono leads of Continuum Audio Lab’s Cobra tonearm. The InterPole comprises a microbraid of four groups of individually enameled conductors, one for each stereo channel’s electrical pole. The enameling, Sommovigo says, prevents the conductors from transferring electricity to each other.

To insulate his conductors, Sommovigo created QuieTex, a blanket-like blend of materials that he claims reduces cable-related noise caused by electromagnetic interference (EMI) and radio-frequency interference (RFI) outside and inside the cable, the latter within the cable’s ground plane. He says that these materials are difficult to work with, making the QuieTex products time-consuming -- and thus expensive -- to manufacture. 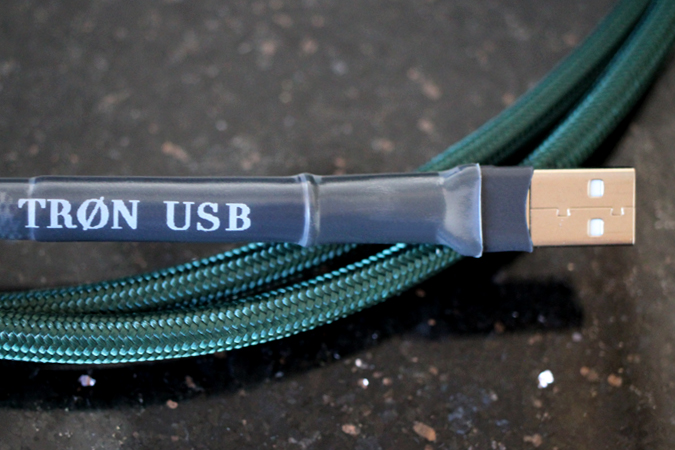 The Black Cat Cable website describes the geometries of the Trøn USB and Kløk interconnects, as well as the Trøn AES/EBU and coaxial S/PDIF models, in basic detail. For the Trøn USB link, “a twin-run of precision 45 [ohm] microcoaxial data lines [is] run down the center of a Teflon/Air tube. InterPole conductors are braided along the outside of the tube in counter-rotating helices to form the Power and Ground poles. A heavy-build of QuieTex materials ensures black-hole-like noiselessness.” The Trøn Kløk is a “Pure, 50 Ohm coaxial cable surrounded by a heavy build of QuieTex layers.” (The CuTube conductor is not used in the Trøn models.)

Sommovigo states that the Trøn links’ connectors of highly polished chrome are manufactured to his specifications by a contractor who specializes in military, aerospace, and high-precision industrial projects.

Sometimes it’s best not to poke the Black Cat

Taken by the local culture of Japan on a visit there in 2014, Chris Sommovigo moved there from the US in 2015, and lived in Japan for almost four years. Japanese culture values deep and careful dedication to the performance of almost every task. With respect to the manufacture of a high-end product, this often includes a profound attention to the detail of a product’s packaging.

So I wasn’t surprised to see that the Trøn products’ packaging strongly suggests “Japanese high-end.” The gorgeous black and red, velvet-lined boxes, each embossed with the eponymous and elegant feline of Black Cat’s logo, seemed suited to hold a Mikimoto diamond-and-pearl necklace. Also included were an equally beautiful carrying bag with the same logo and a zippered front pocket, and a logo decal. While such extras don’t mean much to me, their inclusion is nonetheless a nice touch.

Sliding open the Trøns’ boxes revealed neither diamonds nor pearls, but finely honed jewelry of the audio variety. Everything about these cables -- their luxurious jackets, their precision-made connectors, how they feel to the touch -- is highly impressive. 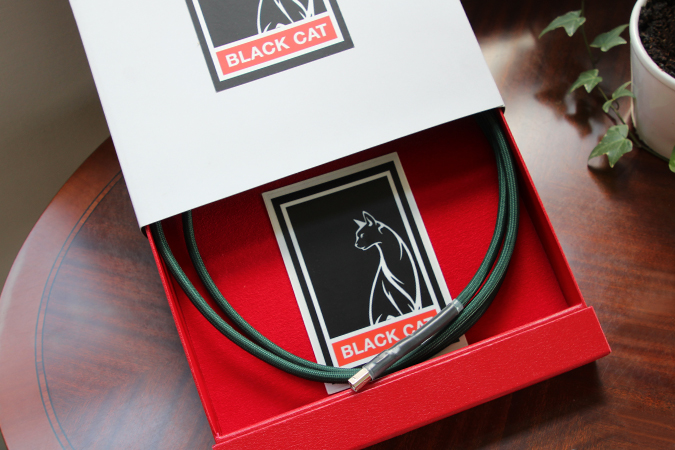 The interconnects used for standalone digital audio master clocks typically have a specified impedance of 50 or 75 ohms. Whether or not the two impedances result in two different qualities of sound is a subject of long-standing debate on Internet audio forums. The Black Cat website states that the Trøn Kløk is specified for 50 ohms.

When I asked Sommovigo about this, he responded with a question of his own: Did I really want to “poke the bear”? I said that I did. He then revealed that, despite the spec on the website, the Trøn Kløk is available in 50- and 75-ohm versions. He said that using a clock cable with an impedance that doesn’t match the impedance of the clock itself, and/or of the other digital components of a system, will cause standing waves in the clock signal and thus, potentially, distort it.

Because I use an Esoteric Grandioso G1 master clock, which outputs a 50-ohm signal, Sommovigo sent me a 50-ohm Trøn Kløk. I used it to connect the Grandioso G1 to my Esoteric K1 SACD/CD player-DAC. I used the Trøn USB link to connect a Microsoft Surface 3 laptop computer running the foobar2000 music player software to the K1, and auditioned the two Trøn links simultaneously. As I didn’t have 50- and 75-ohm versions of the Trøn Kløk, the resolution of a hotly debated issue of digital audio would have to await another day. 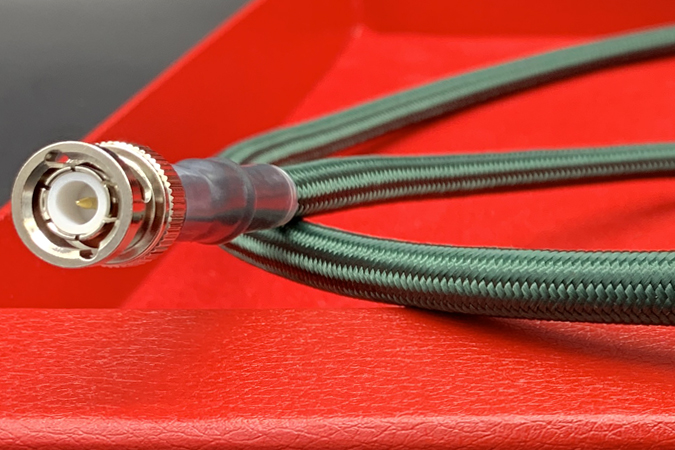 When I listened to “Bye Bye Blackbird,” from Ben Webster Meets Oscar Peterson (24-bit/96kHz FLAC, Verve), the Black Cat Trøns proved to me that digital audio doesn’t have to sound dry, brittle, or clinical. With the Trøns, Webster’s tenor saxophone was reproduced with beautiful body, warmth, and richness. The amount of air around the aural images and the lack of background noise caused his horn to really “pop” from the rest of the soundstage, which was wide and deep.

In “Never Let Me Go,” from Bill Evans’s Alone (16/44.1 FLAC, Verve), the master’s mid-keyboard notes sounded natural, liquid, and beautifully dark when called for, and his high notes had no hint of digital glare. In Miles Davis’s cover of Cindy Lauper’s “Time After Time,” from Davis’s studio album of that title (16/44.1 FLAC, Columbia), the Trøns allowed his trumpet to display a shiny, round, metallic brilliance whose pitch seemed to vary infinitely, depending on how the instrument was played. 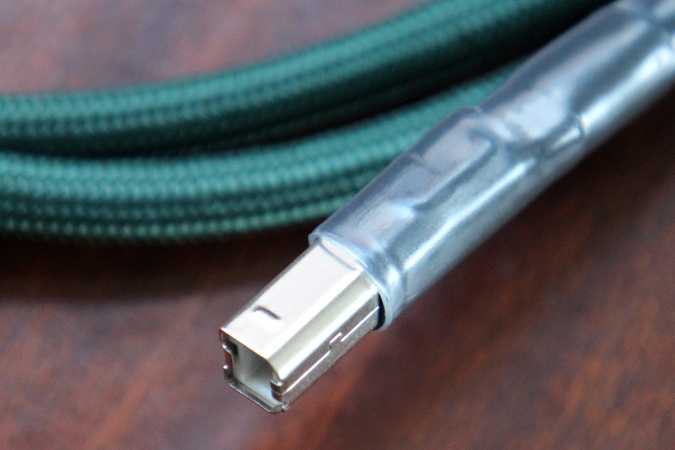 In fact, for all of the Black Cats’ ability to let my system produce rich, beautiful sound, there was also plenty of resolution, transient bite, and transparency. Not once did the Trøns muddy the sound of my high-resolution system, as lesser cables have.

In “Treetop Flyer,” from Stephen Stills’s Stills Alone (CD, Vision VR-3323), his attacks on the strings of his acoustic guitar were taut and precise, and the springy vibrations of the strings against the instrument’s neck were remarkably reproduced. In the cover of James Burke Oden’s “Goin’ Down Slow” by Tom Jones and Jeff Beck, from the soundtrack album for director Mike Figgis’s documentary film Martin Scorsese Presents the Blues: Red, White & Blues (CD, Hip-O 0000728-2), the leading edges of Jon Cleary’s piano notes were cutting and hard felt. At about four minutes into the live version of “Time After Time” from Miles Davis’s Live Around the World (16/44.1 FLAC, Warner Bros.), Davis seems to blow into a microphone. The amount of detail in the resulting rippling noise was astonishing.

In the title track of London Grammar’s If You Wait (16/44.1 FLAC, Columbia), Hannah Reid’s voice was translucent, pristine, and solidly placed on the soundstage, which again had great depth. Even the minute room reverberations seemed free of unnatural textures. Much as with “Bye Bye Blackbird,” from Ben Webster Meets Oscar Peterson, the large volumes of air around aural images and the superquiet soundscape made these images, especially of Reid’s voice, seem remarkably vivid. 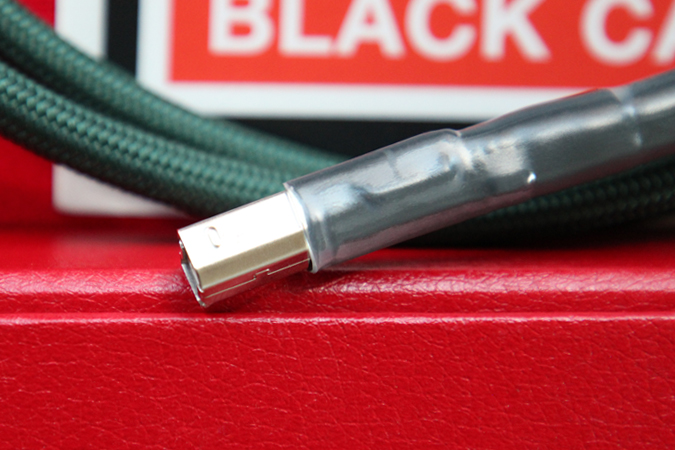 I moved the Trøn USB link and my laptop into my bedroom system, which comprises an M2Tech Evo DAC Two Plus digital-to-analog converter ($899) and a pair of System Audio Saxo 5 powered speakers ($1295/pair, discontinued). It would have been nice to have M2Tech’s matching Evo Clock Two precision clock generator ($899), but I haven’t yet sprung for it. I swapped out a Belkin Gold Series USB link (ca. $20/4’, discontinued) for the Trøn USB, and the sound decidedly improved. Among other things, the amount of detail increased, images sharpened, and the midrange sweetened. However, the magnitude of these improvements was far less than when I’d tried the two USB cables in my high-resolution main stereo system. Clearly, the Trøn USB belongs in a very high-end rig. In relatively less revealing systems, such as the one in my bedroom, I might want to try Black Cat’s Digital USB cable ($749/m) or, more likely, something that costs even less.

Almost 30 years after Chris Sommovigo introduced his first audiophile coaxial interconnect, he is now one of the audio industry’s elder statesmen. In that time, he’s clearly learned a thing or two. The Black Cat Trøn USB and Trøn Kløk performed at reference level in my system -- for two short digital links, the improvements they made in the sounds of my systems were easy to hear. And for those who care about this sort of thing, they look and feel as good as they sound.