The Soundsmith Journey or Waste Not Want Not

Written by Jason Thorpe
Category: For the Record
Created: 01 March 2022

My neighbor and fellow audiophile, Ron, let slip that he had a busted Shelter 901 cartridge sitting in a box. Seems that the cleaning lady was dusting his turntable a bunch of years ago, and she got a little too aggressive with the cloth. Ripped the cantilever clean off.

She never admitted it, he says. But it could also have been the cat, he reckons, so there’s really no point in assigning blame. 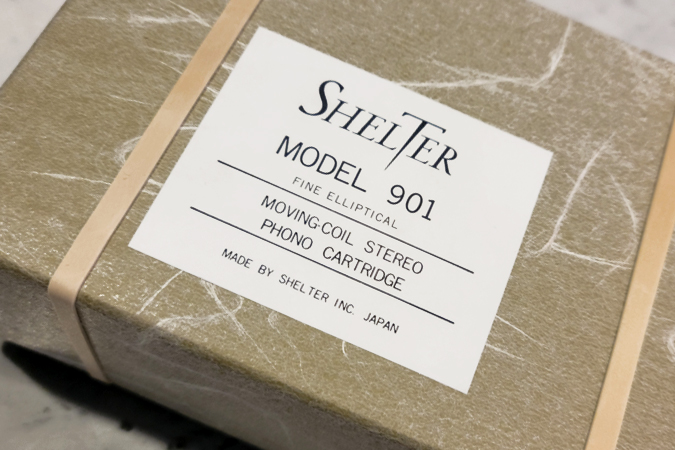 Either way, that’s a mighty nice cartridge, and I can understand both his pain and the reason he couldn’t just toss it in the garbage. I smoked a nearly new Shelter 501 about 20 years ago while hung over one New Year’s Day. Reached down to move the arm over onto a record and misjudged the operation—snapping it off flush. I fell to the ground and wept like a baby.

So Ron’s been sitting on this cartridge for years, and coincidentally, I’ve been thinking about how cool it is that just over the border in Peekskill, NY, there’s this guy, Peter Ledermann of Soundsmith, who’s been rebuilding cartridges for over 50 years now. What’s curious about this fact is that, in my over 40 years of spinning vinyl, I’ve never had any dealings with Soundsmith. 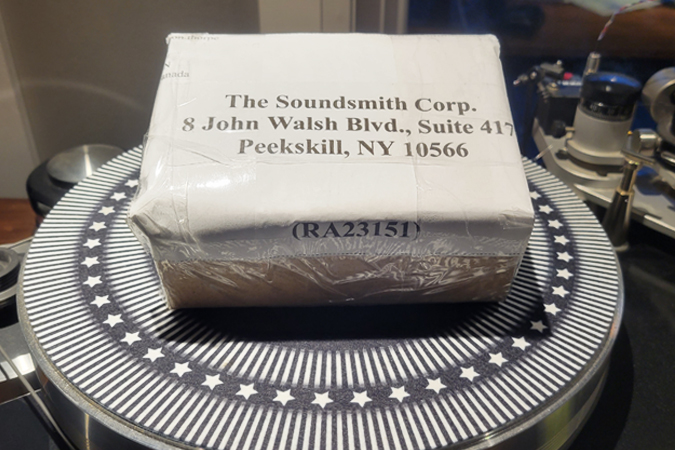 Until now. Ron dropped the Shelter 901 off at my place a few weeks back, and I filled in the online form over at www.sound-smith.com. The Shelter comes in a decent little wooden box, so I just fabricated a cardboard sleeve to fit around it, then taped the hell out of the whole thing. Into the mail and off to Soundsmith it went.

In the online repair request form, Soundsmith offers a number of choices for cantilever and stylus. I chose the Ruby Cantilever with Optimized Contour Nude Contact Line Diamond because a) at $399 (all prices in USD) it wasn’t the most expensive option, and b) it’s ruby, and how cool is that?

Of course, Soundsmith provides a caveat for all of their repairs—they have to examine the cartridge first to determine if it is in fact rebuildable. This generally doesn’t apply to re-tipping, but for a cartridge with significant damage, like Ron’s Shelter, it makes sense that they would need to ensure that it’s not full of sand or something of that nature.

There’s a misconception that I think is more common than not: although we often talk about “re-tipping” a cartridge, Soundsmith generally rebuilds cartridges rather than retipping them. Hence the choices on their rebuild page specify both stylus and cantilever. Soundsmith will—where possible—retip an existing cantilever, but it ends up being more difficult and hence more expensive. On the whole, the Soundsmith process is an actual rebuild with a new cantilever implied.

I’ve often peered closely at the cartridges I’ve owned and reviewed, and even through a 10× loupe, it’s just unfathomably tight and delicate in there. Through the years, I’ve been continually amazed that such microscopic work can be consistently and repeatedly accomplished by hand. I’ve observed while my mechanical watches are being worked on, and that’s a different kind of precision. But the delicacy present in the guts of a cartridge seems like it’s an order of magnitude more complex. 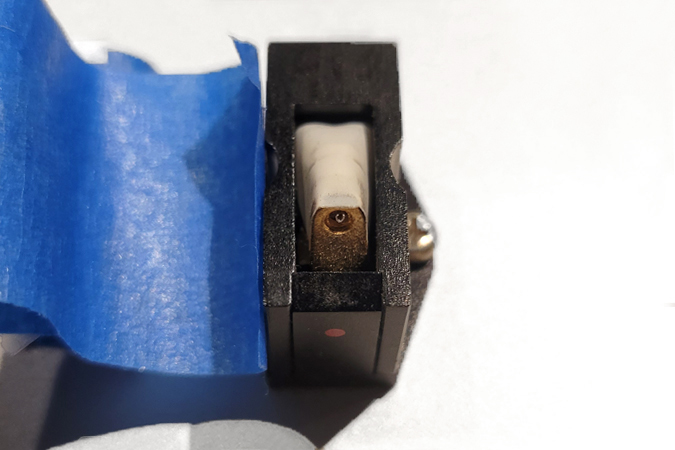 My initial guess was that Ron’s Shelter was not rebuildable. I would have thought that the act of snapping off—or pulling out—the cantilever must have done irreparable damage to the coils, to the wiring within, to the suspension . . . heck to all of those tiny, delicate internals. So to me, sending the Shelter off to Soundsmith was a bit of a Hail Mary, give-it-a-try exercise.

A week or so after sending it off, I received a call from Peter Ledermann. He informed me—to my surprise—that he could indeed repair the Shelter, but he wanted to discuss my stylus choice. His opinion was that the Shelter 901 would be better served by the Boron Cantilever with Nude Contact Line option, as he felt that it was more in tune with the original design of the cartridge, and as a bonus, it would be less fussy in terms of setup and alignment. Admittedly, this configuration was 50 bucks more, and it wasn’t made of ruby, but who was I to argue? Part of what I was bargaining on in this process was Ledermann’s expertise and long experience. If he said this was the right choice for this cartridge, then so let it be written, so let it be done. And besides, Ron was paying for this, so what the heck.

The cost of the rebuild described is $450 plus shipping. A new Shelter 901 II is around $2500—I say around because there aren’t too many places online that seem to carry this cartridge. You can still buy a 501 Mk III, but the 901 seems a little rarer. Still, at less than one fifth the price, getting a rebuild seems like a no-brainer.

A few weeks later, I got an email stating that the cartridge was ready, so I paid the invoice, confirmed my shipping address, and sat back to wait for delivery. 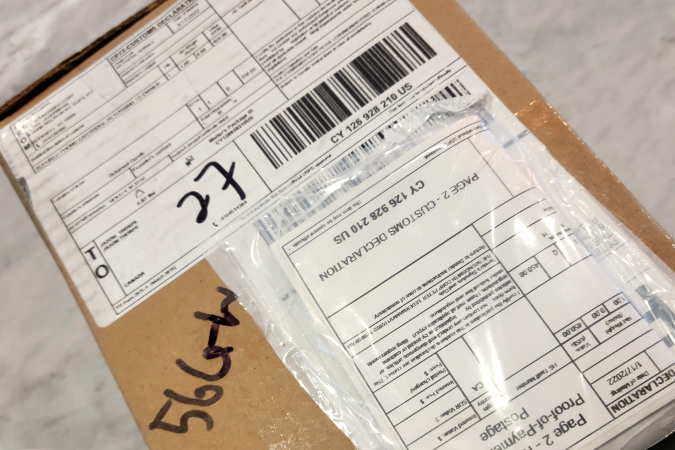 The Shelter came back better packed than I’d sent it in. Soundsmith added a foam insert inside the box, taped down the stylus guard, and encased the stock box in a good layer of bubble wrap before packing it in a cardboard box of appropriate size.

Unless I’m mistaken, part of the repair process necessitated the replacement of the cloth “diaper” that covers the coil assembly. This, I think, means that they had to get right deep in there, rather than just sliding in a new cantilever like a straw into a pop bottle.

Whatever they did, the cartridge now had a cantilever with a stylus on the end. I scampered downstairs to the basement and mounted it up. First off, I did a rough setup job, spending a quick ten minutes getting the weight right, the alignment just about there, and the azimuth in the ballpark. Then I sat down for a listen. After a short while, I dialed the alignment in with more care, but—true to Ledermann’s description—the nude contact line stylus proved quite forgiving. 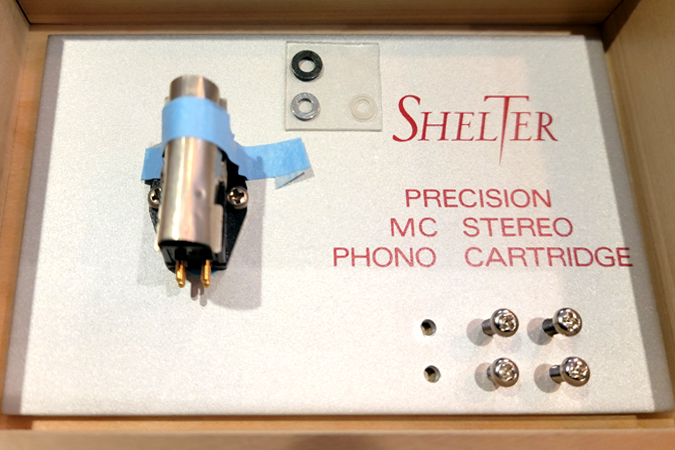 Before I go much further, please understand that I’ve never heard a Shelter 901, and my experience with the 501 was about 18 years ago, so in no way do I want to try to reference the sound of this 901 to the way it sounded when it was new. So how should I approach the sound of the rebuilt 901? Well, I think it’s fair to consider this a standalone listen to a $2500 cartridge. This is in the same ballpark as the EAT Jo N°8, which was $2495 when I reviewed it a few years back, and the Sumiko Celebration 40 I just received for review for SoundStage! Hi-Fi, which retails for $2799.

My great hope for the rebuilt Shelter, and for the Soundsmith rebuild process, was that it would successfully resuscitate this little guy and make it sound like a $2500 moving coil once more. Given that a factory rebuild is most often just a straight exchange for a new cartridge—done at a significantly higher cost than one fifth the original retail price—if this whole rebuild thing worked out, it would mean—to me, anyway—that a remedy was available for taking some of the sting out of the whole cartridge-replacement process.

At risk of sounding trite, the rebuilt Shelter 901 sounded very good indeed. It sure as heck sounded at least as good as I expected. This is a lively cartridge, one that features excellent attack and dimensionality, and it’s very quiet in the groove—this last thing is likely due more to the new stylus’s profile than to any characteristic of the Shelter itself. 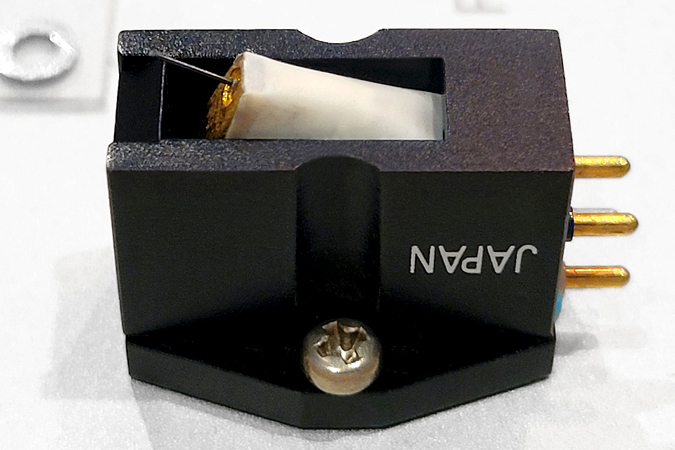 The EAT Jo N°8, which I’ve been using for a couple of years now, is a rich, lush cartridge, full of jammy fruitcake notes, with a chocolatey midrange that makes it an absolute pleasure—a guilty pleasure—to listen to. The Soundsmith Shelter 901? It’s not like that at all. There’s more detail, a crisper soundstage, and a very slight leanness through the upper bass. Think snappy marmalade in contrast to the EAT’s blueberry jam.

With the EAT? I sink back in my seat and let the music wash over me. With the Soundsmith Shelter running point, I sit up and take notice. The music grabs me by the scruff of the neck and demands my attention. These are both valid worldviews, and I thoroughly enjoy every aspect of the EAT’s presentation of music. The Soundsmith Shelter is also a wonderful transducer. Right now I’m listening to the extremely intense, borderline psychopathic Starless and Bible Black, one of the three Wetton/Bruford/Fripp-era King Crimson albums. My copy is a wafer-thin Editions EG pressing (LP, EGKC 7), and it’s not a very good version, but regardless, it’s a punishing listen. The title track—hell, side 2 in its entirety—is an exercise in the power of a rhythm section, with Wetton and Bruford doing A-10 Warthog runs over top of Fripp’s incendiary ground bursts.

It was a pleasure, a joy, to listen to the way the Soundsmith Shelter crammed Wetton’s bass down my throat, to feel Bruford’s busy drum work beating me about the head and neck. The rebuilt Shelter showed excellent attack and had a superb way with space. With the bass also, Wetton’s heavy-handed crunch came through with appropriate top-end definition and low-end slam.

As the title track builds into “Fracture,” Fripp’s guitar can get a little bitey, with my poor pressing adding some abrasion over top of what’s native to the track. Through the Soundsmith Shelter, I got a full dose of that grit, but no more than was actually there. There’s an honesty to this cartridge’s presentation—it doesn’t sugarcoat the warts, but it doesn’t accentuate them either. Without giving away the guts of the upcoming review of the Sumiko Celebration 40 (stay tuned), I found the rebuilt Shelter had a fair bit in common with this top-shelf cartridge. 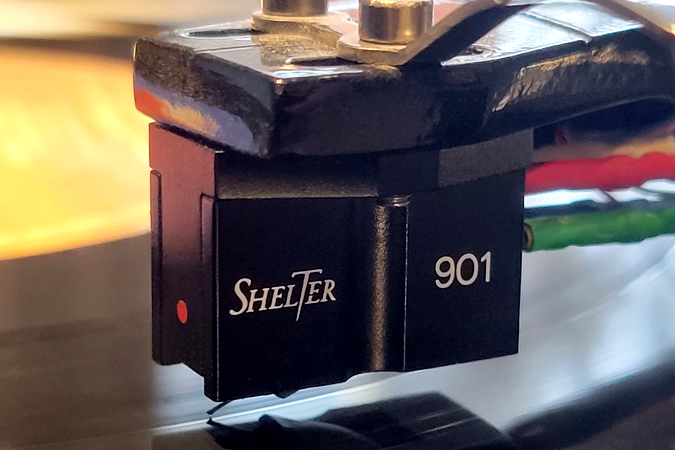 OK. So value. What’s the actual value of this whole process? Very high, I’d have to say. I found that the Soundsmith Shelter sounds damn close—right-on-the-button close—to the two similarly priced cartridges I have on hand. I say close, as for my money putting the two head to head, the Sumiko Celebration 40 does enough that’s better to warrant the extra couple hundred more. It’s an outstanding transducer that I’m looking forward to telling you about.

But is the Soundsmith Shelter a $2500 cartridge? Or is it a $450 cartridge? Or is it somewhere in between? Beats me, but I’ll tell you this—I could happily listen to this cartridge as my primary transducer, with no apologies for its age or its resurrected status. My experience with the Shelter 901 may well not translate to any of the hundreds of models that Soundsmith can potentially rebuild. But if you have a worn-out, busted-up cartridge sitting on a shelf somewhere that you can’t let go of, or if the cartridge you’re listening to right now is sounding a bit tired, I have no doubt you’ll get huge value from having Soundsmith rebuild it.