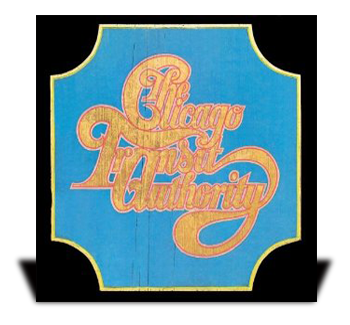 I received a number of e-mails following my April 2012 SoundStage! Hi-Fi editorial, “Why in the World Are Audiophiles Digitizing Vinyl?” Most of the letter writers expressed general interest in what sort of equipment would be best suited for the task, and a few wanted to see reviews of specific components. For our GoodSound! publication, Ron Doering reviewed the Parasound Zphono USB and I wrote about the Furutech Alpha Design labs GT40 -- both devices combine a phono preamplifier and USB-connected analog-to-digital converter (ADC) in a single box. Reviews of other relevant products are in the works.

One reader had a much more specific question:

Your articles have strongly suggested that higher-than-CD resolutions result in better audible quality than the ordinary CD can provide. If one digitizes from sources that do have such high quality (e.g., the new audiophile vinyl), then one might anticipate your recommendation: “buy an A/D converter that can do at least 24-bit/96kHz; don’t settle for the 16/44.1 that populates the budget market.”

Wouldn’t the same logic also suggest that digitizing older LPs does not need more than 16/44.1, since the masters did not contain information above what 16/44.1 can adequately capture? I may be a good representative of a subclass of readers: those who want to turn the page on the old LPs, cassettes, and CDs, only to adopt computer files as the future music medium, whatever the resolution of those files. For such people, would a good 16/44.1-only ADC still be a mistake? Key to answering this question is one’s knowledge of the masters used for LPs as late as the 1980s -- when CDs took over the market.

Thanks for providing food for thought. -- SC

When analyzing recordings, we can easily measure two things: dynamic range and frequency content. The dynamic range will determine the number of bits we need, and the frequency content will advise us on the sample rate. Notice that I didn’t say “will determine the sample rate.” A high sample rate isn’t merely about capturing steady-state high frequencies. High sample rates allow us to accurately record transients -- the beginnings of notes, which are so important in making instruments sound like the real thing rather than a synthesizer. To get a good look at transient activity, one needs to use a digital oscilloscope -- to which I didn’t have access while preparing this article. High sample rates also let us avoid using steep antialiasing filters, which can alter the phase information in an audio signal, but examining those phase distortions in a music recording is not straightforward -- nor is there agreement on how such distortions affect the listening experience. I will therefore limit my discussion to areas more easily measured and understood.

Unless it was a direct-to-disc recording -- which are relatively rare -- or originally digital, the source for an LP will be an analog tape. The dynamic range of even very good reel-to-reel machines and tapes is generally accepted as being no more than about 70dB. Depending on the age of the recording and the original recording equipment used, the electronics in front of the tape machine may not have had a dynamic range greater than 70dB anyway. While the noise floor of some audiophile vinyl pressings -- that is, the surface noise of the LP itself -- may be more than 70dB below the peak level on the album, the better old LPs in my collection have dynamic ranges of closer to 60dB, and some examples don’t come anywhere close to that. It is therefore fairly safe to assume that the measurable dynamic range of an older LP is at most 70dB.

The human brain is marvelous at recognizing patterns, and its ability to detect signals buried in random noise is well documented, but I think it safe to assume that the 96dB dynamic range of a 16-bit system is sufficient to capture all of the detail present on an LP. The only incentives to archive your old LPs at 24 rather than 16 bits are to make recording-level settings less critical, or if you plan to subject the files to any processing; e.g., tick and pop removal or level adjustment. Such operations are less destructive to the source when carried out with the greater mathematical precision possible with a greater bit depth.

The maximum frequency that can be captured by an ADC operating at 44.1kHz is 22.05kHz; when the antialiasing filter is taken into account, that upper-frequency limit drops to around 20kHz. High-quality analog tape running at 30ips can record frequencies up to at least 30kHz, and the maximum bandwidth of vinyl is even wider -- at least 40kHz, and maybe much higher. Many higher-resolution digital transfers of analog masters have frequency content above 20kHz. I have personally measured frequency content in audiophile vinyl pressings that exceeds the capacity of a 44.1kHz file. Some of these measurements have been published in articles on SoundStage! Hi-Fi (see “The Decca Sound” and “Sade: Diamond Life in Multiple Editions”). The question, therefore, becomes whether the high-frequency information present on the master tapes was preserved on older pressings. The only way to know is to measure a few of them.

While doing these measurements, I had, on loan, a sample of Musical Fidelity’s supremely quiet and wide-bandwidth M1 ViNL phono stage. I ran its balanced outputs into the inputs of my handy TASCAM DR-100 Mk.II digital field recorder sampling at 96kHz. Many instruments produce high-frequency information, but it doesn’t always show up very well in a frequency analysis. For example, cymbals and triangles are extremely rich in high frequencies, but those frequencies are sufficiently disordered that they usually disappear into the noise. Brass instruments are a much better bet. To examine what was happening in the frequency domain, I took brief snippets that I thought might produce useful data, applied a Hann window to each one-second sample, did a discrete Fourier transform on both channels, and averaged the results. The height of the graph at any point indicates the amplitude of that frequency relative to the strongest frequency in the analyzed segment. The dashed red line is at 22.05kHz, and represents the absolute maximum frequency that could be captured by an ADC sampling at 44.1kHz.

The first album I tried was a 1962 recording of Igor Stravinsky conducting the Columbia Orchestra in his own ballet, The Firebird (LP, Columbia Masterworks MS 6328).

The regular spikes in the graph represent the harmonics of whatever note or notes the trumpet section is playing in this snippet. Although they rapidly decrease in level, you can see that they push past the 22.05kHz limit. The two humps at the right side of the graph are some interaction between my Shure V-15x cartridge, its cabling, and the M1 ViNL. It’s possible that the cables are picking up electrical interference from somewhere. I didn’t worry too much about tracking down the problem, as it didn’t affect what I was trying to measure.

The next LP I tried was a bit older: George Szell conducting the Cleveland Orchestra in Dvorák’s Symphony No.7, in a monaural recording from 1960 (LP, Epic LC 3748).

This time there are no obvious spikes beyond 22.05kHz, but some are clearly present above 20kHz. Again, digitizing this LP at 44.1kHz would be throwing away information.

I didn’t want to limit my investigations to classical music, but given what I’ve noted above about cymbals, most rock recordings won’t provide measurable high-frequency content. The first likely candidate that came to mind was the Chicago Transit Authority’s eponymously titled debut recording, from 1969 (2 LPs, Columbia GP8 CS9809), with its signature horn lines.

The album’s bandwidth turned out to be fairly limited. This sample was taken with the brass blaring into their microphones, but the upper harmonics of their instruments are entirely lacking. The hump just after 16kHz is probably tape hiss; I found it in other samples that I analyzed, regardless of what was going on musically. This being Chicago’s first album, it wouldn’t be surprising to learn that the group wasn’t treated to the studio’s best equipment. It’s also possible that the original master tape had a wider bandwidth, but that this particular LP is from a press run made with a lower-quality distribution master.

Based on this frequency spectrum, you wouldn’t expect that digitizing the Chicago LPs at 96kHz would sound any better than digitizing them at 44.1kHz. When I did try reducing the sample rate, the result seemed a little flatter spatially, but the difference wasn’t as stark as with some of the other albums I experimented with. While it may be tempting to attribute the advantage entirely to the higher sample rate, it’s possible that this particular ADC is optimized for 96 rather than 44.1kHz.

In an objectively measurable way, I have shown that half-century-old LPs can exceed the bandwidth limitations of the CD standard’s 44.1kHz sample rate. However, that’s not to say that all vinyl, whether old or new, contains abundant high-frequency information. The data presented in this article are from the first three albums I measured, but are representative of what I found in a broader sample. In general, classical recordings were made with the highest-quality equipment available at the time, and were pressed with the greatest attention given to playback fidelity. Rock and pop albums are all over the map in terms of original recording quality, and were often mastered and cut to sound best when played loudly over jukeboxes or very modest record players -- hence, they may not always require a state-of-the-art ADC in order for all the details in their grooves to be captured. Jazz LPs, too, are a mixed bag whose sound quality depends on the original budget for the studio session and who the albums’ buyers were assumed to be. Some of the original high-frequency information encoded in the grooves of records that have been played many times -- especially with equipment inappropriately set up -- may have been worn away.

Also, it’s necessary to reiterate that digitizing at high sample rates can have advantages beyond capturing continuous high-frequency information. One of the less obvious of these is that the listener can more easily separate the background noise of the vinyl from the musical content -- something readily heard but difficult to measure.

The answer to reader SC’s question is: Although not all older LPs will benefit from being transferred at better than 16-bit/44.1kHz, some of them certainly will. I would therefore recommend that those looking to archive their vinyl collections use an A/D operating at at least 96kHz. The CD standard’s 44.1kHz just isn’t enough to capture all the information an LP might contain.