This is intended as a companion piece to the review of Zesto Audio’s Andros Deluxe II phono stage.

When I asked George and Carolyn Counnas how they met, Carolyn laughed. “We were both just working for a band!” she said. That was 1973. By the following year, the two were married. George grew up in southwest London, England, and he loved rock and roll and jazz, frequently catching gigs at bars. He was also technically inclined, having built a unipivot tonearm in secondary school and designed vacuum tube amplifiers on his own time while studying electrical engineering at university. Carolyn, by contrast, exhibited a more aesthetic sensibility. Her studio art background suggests that she’s far more concerned about beauty and form than function. 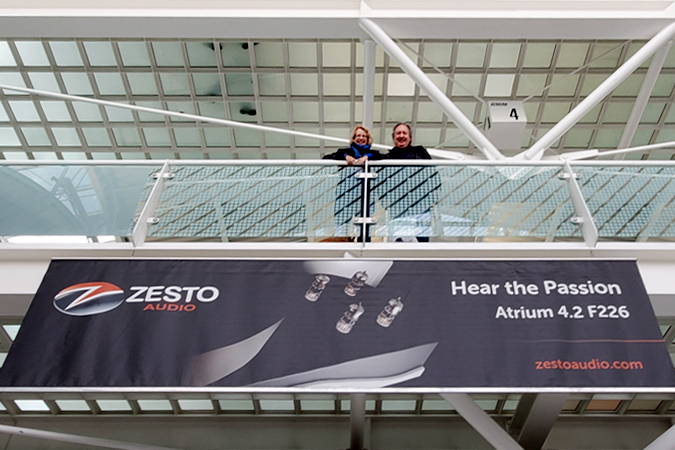 I met the two of them more than a year ago during a local dealer event for their joint venture, Zesto Audio. A few things quickly stood out: Carolyn’s warmth and affability, and George’s communicative ease—he’s able to reduce complex concepts into bite-size morsels of knowledge for a rapt but ultimately lay audience. Beyond that, though, and perhaps more telling to me, was their clear affinity for one another. I was reminded of this when I recently called them at their Thousand Oaks, California, home, not far from Los Angeles. They frequently finished each other’s sentences as I asked about their respective paths into hi-fi.

George, the engineering side of Zesto, explained that he appreciated high-end audio as a young man, but his passion was music. The likes of Janis Joplin and the Who shaped his youth. He conceded that, though he played the guitar for a while, he “wasn’t very good,” which drew a chortle from Carolyn. His aptitude for engineering led him to apprenticeships with Decca Navigator, which paid for his schooling, and where he learned a great deal about electronic design. From there, theory turned into application, as he did military R&D work in airborne navigation systems. George speaks of “MTBF,” or mean time between failures, and of gaining an understanding of component lifespans so that aging parts could be pulled from airframes before they fail. That, as it happens, is useful knowledge.

Fresh from ensuring British military hardware didn’t veer into Soviet airspace, George worked for many years as an audio engineer. “There were no schools at the time for this,” he said. “12-to-15-hour days, doing live shows. There’s an art to it. I know how it all works. Listening to reproduced music, I can tell if there’s an issue with the performance, the mastering, something else. A lot of times, I found that records were not reproduced well.” 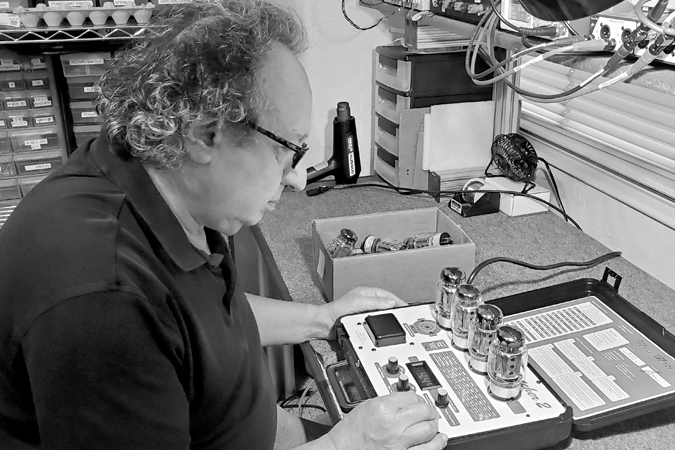 I got the impression that creating a hi-fi brand was never a destination on their life journey together. “I was an artist,” Carolyn said. “I did oil painting, and I was a printmaker for 20 years. Then the Great Recession happened.” As it so often does in the high end, Zesto Audio started with an innocent request. Instead of hardware, it was for technical expertise. “We had a friend who needed his turntable set up, and George and I both looked at each other and something clicked,” Carolyn said. It was 2010, and George quickly set his mind to creating his own phono stage. “The thinking was, let’s both do something we’re good at. I had spent 15 years in commercial interiors. Why was there such a disconnect between beautiful music and these black boxes [that generate it]?” she added. “Whatever we made had to look good, and it had to sound good,” George said. “We agreed on that from the beginning.” Carolyn picked up once more: “I usually play with [case design] ideas for a while, but nothing is decided until circuit boards are finalized. It’s much harder to make it sound good as opposed to look good.” With George handling the engineering and Carolyn managing the industrial design, sales, and marketing, the Counnases had a foundation on which to build.

“The phono stage was first because it’s the hardest to make,” George said. “We took it to the Newport show [The Home Entertainment Show] in 2011 and got a writeup from Robert Harley [editor-in-chief of The Absolute Sound]. We got noticed. The best advice I ever got was ‘grow the company organically.’ And it’s grown nicely. Every single year we come out with something new.” When I asked about manufacturing, they explained that local manufacturing, in a shared space in Southern California, was the perfect solution for Zesto. They live close by and can keep an eye on quality control and consistency for the “couple hundred” products that Zesto sells each year. The company, after starting from scratch 11 years ago, has 12 dealers in the United States and 12 distributors around the world, shipping as far east as Hong Kong and as far south as Brazil. 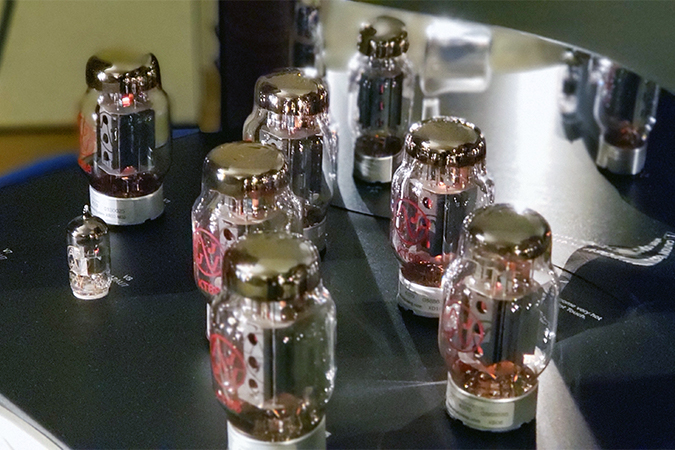 Zesto doesn’t have the most comprehensive product stack, though I don’t think that bothers George and Carolyn in the slightest. Their six product offerings include the Bia 120 stereo amplifier ($11,000, all prices in USD), the Eros 300 monoblock amplifier ($21,900/pair), the Leto Ultra II preamplifier ($10,950), the Andros II phono stage ($5200), the Andros Deluxe II phono stage ($7500), and the Andros Allasso step-up transformer ($3295). Vacuum tubes run straight through the lineup (short of the Andros Allasso). “I think they sound better [than solid-state],” George explained. “Tubes have a better tone from just a purely performance point of view.”

George’s design philosophy is pretty simple: “The fewer number of parts you use, the better it will sound. It’s not the cost; it’s the quality.” As it should be. He uses CAD to simulate his designs and prototypes a bit, though the latter turn out to be messy, “like a bird’s nest.” And once all of the engineering parameters have been met, George is 75% of the way to a finalized product. The remaining 25% is comprised of getting everything functional, with the final 5% taking a long time. George does a great deal of listening—including to every single part that he changes along the path from product inception to shipping the end result—before one of Zesto’s creations is ready for its customers. Beyond that, George listens to every piece that rolls off of the Zesto assembly line. 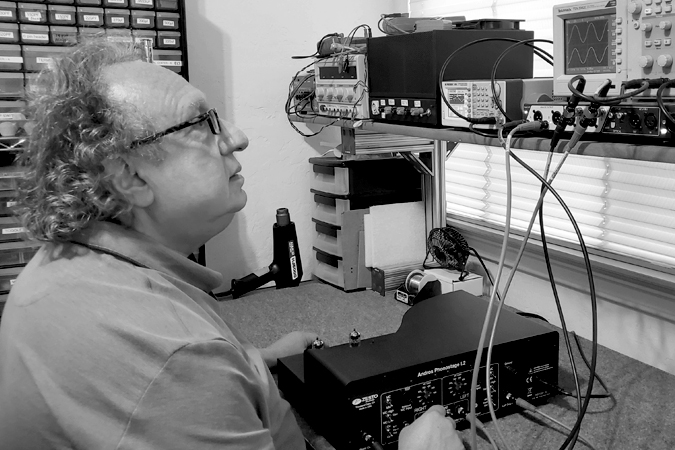 It’s clear to me that Zesto Audio gear is not for everyone. The absence of D/A converters and solid-state circuitry, along with the clear emphasis on tubes and vinyl in George and Carolyn Counnas’s product lineup, makes that readily apparent. But what makes Zesto’s creations special is the healthy infusion of their life experience into every chassis they sell. Who else in hi-fi has seen the Who and Janis Joplin live, worked for years as an audio engineer, and designed hardcore military hardware? “I know how a recording should sound,” George said without an ounce of hubris. I believe him.