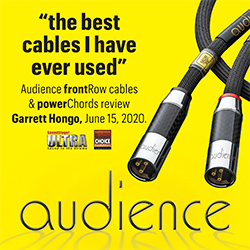 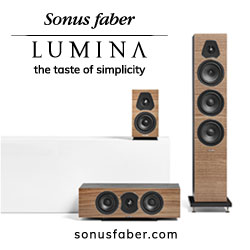 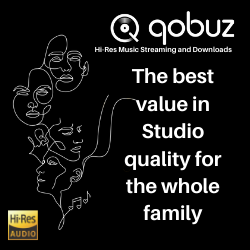 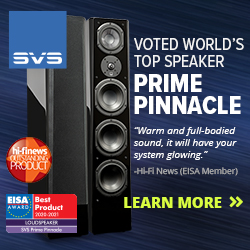 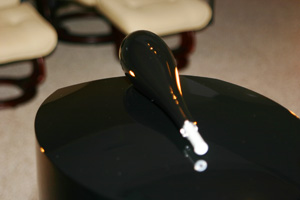 The $5000 Full-Ranger (all prices in $USD) accomplishes many things that a music lover would want. It’s neutral across the audioband, especially smooth and clear in the midrange, and has enough bass whomp to let you party like a rock star. Well, party like an American Idol finalist, anyway. The $30,000 Resolution Monster was assembled to appeal to someone who wants to hear much deeper into their music than the Full-Ranger will allow, but it will also play loud and clean during a party. Expensive? Yes, but this setup has very few real-world limitations. 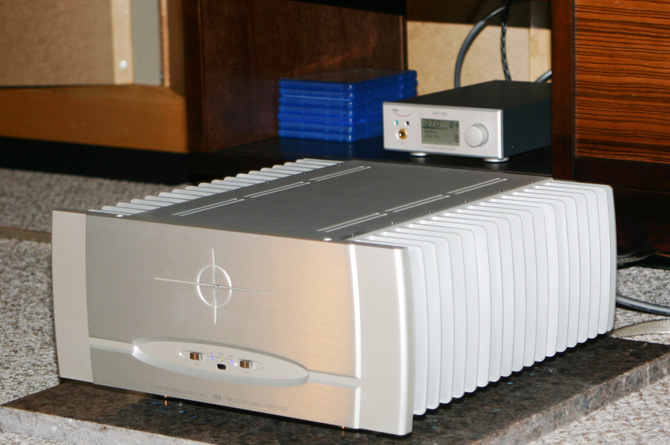 System profile: In many ways, the heart of this system is the Coda Technologies Model 15.0 power amplifier. This baby is decked out with, just for starters, a 3kVA power supply and 30 output devices per channel. The circuit is biased to give you 100Wpc in blazingly hot class-A, but will convert to class-AB to pump out 150Wpc into 8 ohms. The 300Wpc rating into a 4-ohm load should give you confidence that the Model 15.0 can drive any real-world speaker. Could you get away with less? Sure, a solid $5000 amplifier would still suit this system quite well. But there’s magic in those class-A watts, and there aren’t that many class-A amps left. The fellows from Coda picked up the ball after Threshold folded many years ago, and their 2011 offerings are extremely sweet. The Model 15.0 suits the Resolution Monster perfectly. 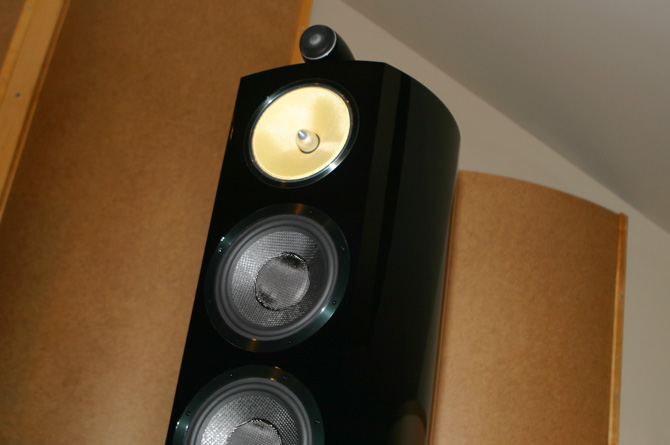 B&W’s 803 Diamond loudspeaker represents the best value in the company’s 800 series. It also gives you a lot of technology for the ten-grand asking price -- for example, that sweet diamond tweeter, good to 40kHz. And while you’ll occasionally hear someone question B&W’s audiophile street cred, I think you’d be hard-pressed to come up with a better blend of technology and hardware at the price. Not only do you get the diamond tweeter and the FST midrange driver of the upper models, but three 7" bass drivers as well, for full, deep, loud bass at the bottom of the audioband. This is no wimpy speaker, but it can also do the subtle stuff with aplomb.

When it was launched, the Weiss DAC202 was considered by many to be expensive, but I think it might be the best value proposition in this system. You get a state-of-the-art DAC, a transparent analog/digital hybrid volume control, and switching functions for multiple digital inputs, all for $6670. The FireWire input makes the DAC202 a natural choice for Mac-based setups, and its ability to convert signals up to 24-bit/192kHz will give you all the converting power you need for those hi-rez downloads. 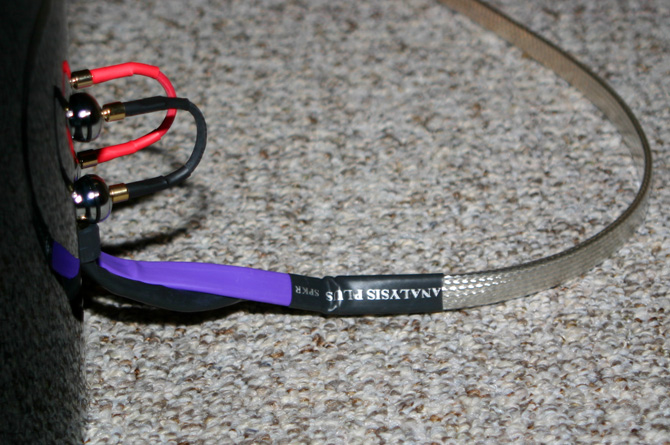 When I began considering cables, I set my heart on less-expensive models, to keep the system price down. But I didn’t want to sacrifice quality. There’s no question in my mind that the cables from Analysis Plus fit the system profile. Start with their Big Silver Oval, a 9AWG pure-silver speaker cable that will dispel the notion that silver wires are light in the bass, and add one set of Silver Oval-In interconnects for the Weiss/Coda interface. 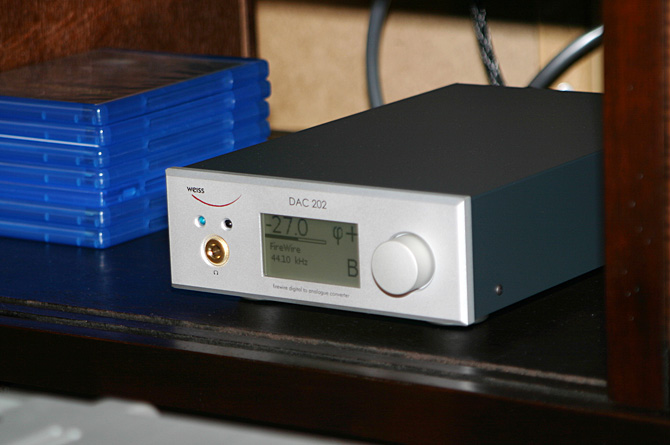 And yes, we’re back to an Apple MacBook/iTunes front-end again. The Weiss needs a FireWire output, and was basically made for an Apple setup. The MacBook Pro’s machined-aluminum case gives it better shielding against RFI/EMI, I’m told, and it has enough connectivity to accommodate most anything you’d need it for.

Amarra’s Music Player -- the software that made auto-sample-rate conversion a permanent entry in the computer-audiophile lexicon -- bypasses iTunes as your music player and provides several other functions, such as room EQ. It also has a built-in Playlist feature with which it can play your music from RAM-based memory, thus increasing the accuracy of the source signal by avoiding real-time streaming.

Additions and alternatives: For music storage, I suggest using a Netgear ReadyNAS Duo. The standard version contains two 1TB drives, and can be set up in a RAID-1 configuration so that your music collection is completely backed up at all times. A great way to control iTunes is with your phone -- the HTC Evo 4G phone, for instance, with software from Hyperfine -- called, appropriately, Remote for iTunes -- gives you all the flexibility you’ll need, and does a great job of displaying cover art. This app gives full Music Library browsing capability from your seat. You could also get an Apple iPad if you want to go all out for remote-control duties, but for $4.99, the app makes great sense.

And again, as with the $5000 Full-Ranger, you could add power conditioning, a Blu-ray player -- the Weiss has S/PDIF inputs for a BD player’s digital out -- or any number of other sources. With the Weiss at the helm, the system is greatly expandable.

Overall sound: As I said in my review of the B&W 803 Diamond on SoundStage! Hi-Fi in February, this speaker has extremely good high-frequency extension, but those highs don’t stick out in an artificial way. I think the combination of the Coda Model 15.0 and its class-A biasing with the DAC202’s extremely crisp resolution makes the B&Ws the best they can be. And I think the Coda and B&Ws are especially well matched for a couple of reasons. First, the Coda just seems to bring out of the B&Ws a touch of golden tone that truly infuses them with life. The power transfer is nigh-on perfect as well. This system can play loud and clean, and is equally adept with all kinds of music. 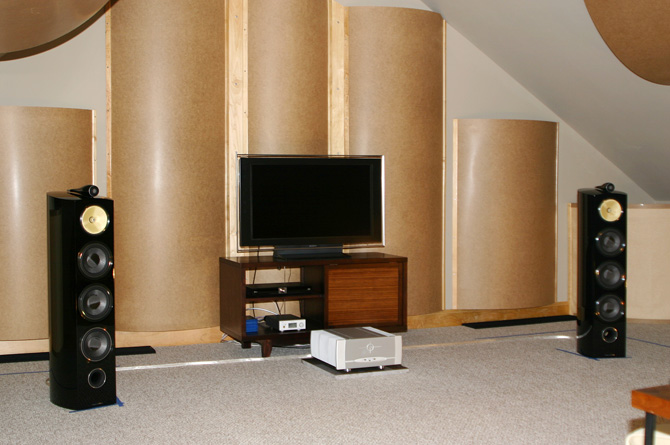 The sound in the highs was sweet and airy during my listening, but not spotlit or tonally lacking. The midbass completely satisfied, with strong punch and snappy articulation, while the low bass was deep enough for all but the most bass-obsessed. This system’s slightly rich tonal balance lends itself to the reproduction of voices -- not only will you hear great singer presence, you’ll also clearly hear every nuance of his or her voice. This system, as the name implies, has resolution to spare.

And if you value soundstaging, this system will make you grin big time. It casts a mile-wide soundstage, and its upfront nature puts you within arm’s length of the performers. It’s just terribly good fun to listen to. The $30,000 Resolution Monster is one system you won’t have to upgrade as source material gets better and better. Just kick back and enjoy it for the long haul.