My Audio Education at Rockport Technologies 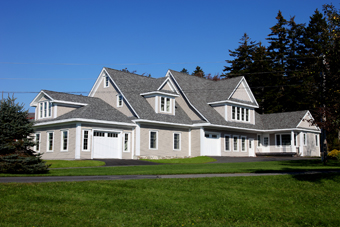 It was December of 2006. I’d flown into New York’s LaGuardia Airport from Wilmington, North Carolina, and got stuck there for what seemed like days (but was actually only half a day). I was on my way to visit Andrew Payor, of Rockport Technologies, in Rockport, Maine, who would give me a tour of his facilities. I would then listen to his current line of loudspeakers. I would then have the most pivotal experience of my audiophile life.

Finally, I got on the plane to Maine. After landing, I still had a two-hour drive to Rockport, which gave me a chance to ponder why I’d come: all this hassle, just to listen to some speakers? If that’s all the trip had amounted to, perhaps it wouldn’t have been worth the effort. What I didn’t know as I drove was how this trip would shift a paradigm for me, and how it would continue to inform my audio reviews to this day . . . and likely will keep on doing so until I hang up that hat for good.

If you’ve read anything about Andy Payor, you know that he is the consummate engineer. A degreed electrical engineer, he also has immense knowledge of mechanical and structural engineering. He’s designed and built his own boats, engineered his own houses. After I’d spent some time with Payor, I got the sense that he knows a lot about pretty much anything technical. He’s a really smart guy. But during my visit I came to realize that Payor’s products are not the result of hardcore engineering alone. In the designing of a loudspeaker or turntable, there are decisions to be made that transcend the math. Sure, the math has to be right, but between the numbers there’s room for an artistic and aesthetic sensibility, and Payor is known for getting that right as well. The results -- Rockport Technologies products such as the Sirius series of turntables and the Arrakis and Altair loudspeakers -- have been more than just impressive. In some ways, they have become industry benchmarks.

My day in Rockport was filled with listening, discussing loudspeaker design, seeing the parts that go into Rockport loudspeakers, and witnessing the process of measuring and building a handmade device that could, I would come to find out, provide immense musical satisfaction, technical sophistication, and great pride of ownership. My experiences that day made me realize that the combination of advanced engineering, artistic flair, and fanatical attention to detail could transcend the mediocre audio experiences I didn’t know I’d become used to. It wasn’t easy to swallow all this, but it was necessary for me to grow. Fellow reviewer Randall Smith said, "It’s easy to sit back and think the speakers you own are the best, but to be willing to put in the work to learn about other speakers, and what the best designers are doing to push the boundaries of what is possible -- that takes an open mind."

I had owned speakers from a number of companies -- EgglestonWorks, Wisdom Audio, and several models from Wilson Audio -- but as I listened at Rockport, I realized that I had never correlated what I heard with what was actually happening in terms of soundwave propagation. Oh, sure, I could describe sound in general terms, and I could gauge my emotional reactions to the music I was listening to. What I learned to do that day at Rockport was to correlate what the speakers were doing technically with the music I was hearing. 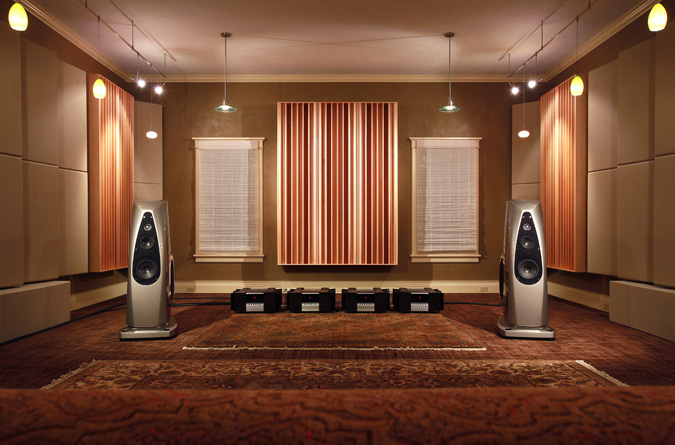 An example: To have a technical understanding of how edge diffraction affects frequency response is one thing. To understand the challenge of overcoming diffraction from an engineering standpoint, and then see the measurements themselves, and finally to hear the sound of an essentially diffraction-free speaker, was altogether something new. In the case of the original version of the Rockport Altair, launched the year of my visit, I heard music reproduced in a way that detached the sound from the speakers to a degree I’d never heard before. It was, simply, great sound. But it was the correlation of these three elements -- explanation, measurements, sound -- that made me a more astute listener.

I spent my day at Rockport studying far more than cabinet diffraction. Payor explained to me his understanding of cabinet resonances, driver phase coherence, and overall frequency response, then showed me examples in measurements, and then demonstrated the effects of these technical elements in a line of loudspeakers in which each higher model in the chain bettered those below it. The more expensive a Rockport speaker, the more genuine the musical experience it provided. 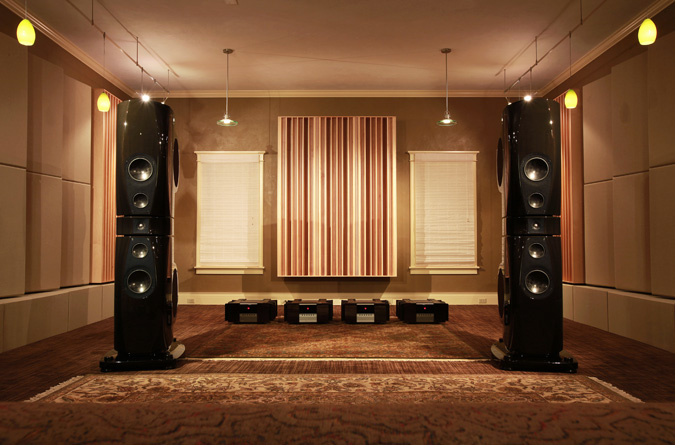 Back home in North Carolina, I knew that my audiophile worldview had changed forever. I could not live with the fact that my current gear paled in terms of design and measured performance; worse, I was now able to hear musical obstructions that I hadn’t heard in the Rockport speakers. I knew right then that I was about to embark on a more serious quest for high fidelity, and the greater degrees of musical truth that that journey would uncover.

My trip to Maine was transformative. I was like a young child learning something for the first time. A new world of understanding had opened up, and the limits of yesterday were banished. There was no turning back. And to think I owe it all to one day in Rockport, Maine, listening to and learning about loudspeakers from Andy Payor. I still remember it as if it were yesterday.