The saxophonist Shabaka Hutchings has played with a number of bands and musicians, including the Sun Ra Arkestra, Polar Bear, and The Heliocentrics. Those bands are genre-bending—Sun Ra, after all, stretched the definition of jazz—so it’s not surprising that Hutchings is currently part of a musical trio that has hints of jazz but defies categorization. The Comet Is Coming was formed in London, England, in 2015, and the members of the band appear under pseudonyms. Hutchings is King Shabaka, keyboardist Dan Leavers is Danalogue, and drummer Max Hallett is Betamax. 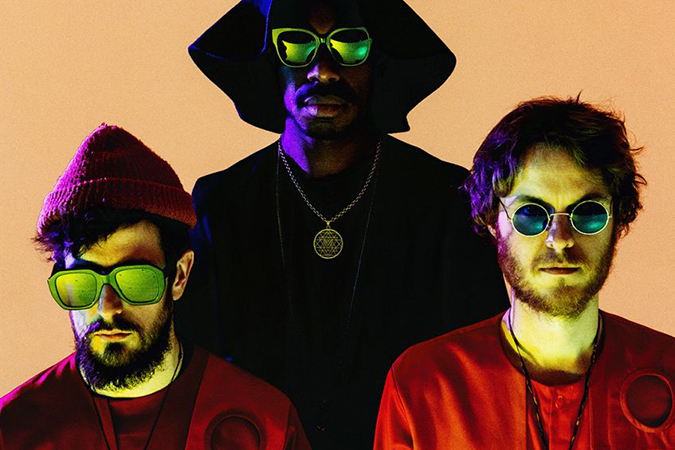 The Comet Is Coming has released three EPs, and has just released its third long player, Hyper-Dimensional Expansion Beam. All the group’s recordings use electronics to create dense layers of sound, but the results vary from album to album. Trust in the Lifeforce of the Deep Mystery (2019), its last full album, has tracks that were calm and almost contemplative, but Hyper-Dimensional Expansion Beam is more consistently aggressive and rhythmically forceful.

Synthesizer washes and a siren-like sound lead to a synthesizer bass line on the opening track, “Code.” The bass line becomes distorted and louder as Betamax’s electronic drums enter to provide a snapping, sharply cutting beat. King Shabaka plays quick, repetitive sax lines as electronic keyboards swirl around him, rising in volume and then receding, changing shape and sound. The sax lines become urgent and hectic in the track’s final minute as the tension builds and then subsides.

“Technicolour” also has a dramatic arc in its development. Vintage electronic keyboards bounce between reassurance and threat as Betamax sets a loose groove while the other two musicians fill the track with melody and noise. “Lucid Dreamer” slows things down, with Betamax’s high-hat and snare sounding splashy and loose; Danalogue’s twinkling keyboards evoke memories of 1960s B-movie sci-fi soundtracks, and King Shabaka plays an easy, cool melody. About a third of the way in, a bass keyboard line enters and gives the song shape and foundation. A keyboard-generated vocal chorus signals the entry of other keyboards that increase the complexity of the track. 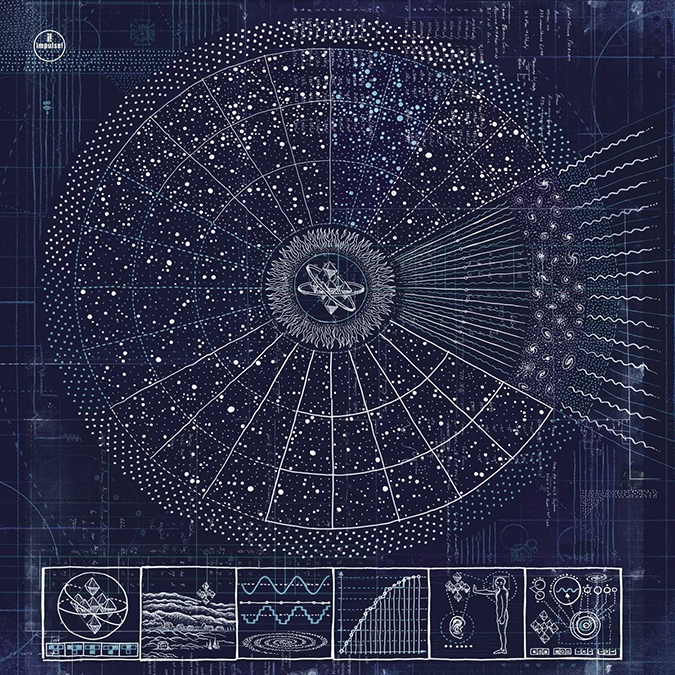 Danalogue creates a wall of horror-movie eeriness for the first few moments of “Angel of Darkness,” and King Shabaka plays a tense and occasionally atonal blast of notes as Betamax begins to thrash about on the drums. Things settle down a bit when Betamax lays down a solid, jazzy groove, and King Shabaka plays a melody line that he varies and reconstructs. Danalogue then adds more keyboards that make the background darker and more elaborate. King Shabaka’s improvisation in the closing section of the nearly seven-minute track is impassioned, pushed along by Betamax’s raging drums.

The music on Hyper-Dimensional Expansion Beam is not what jazz traditionalists might expect. The album reached its final form in a manner similar to Miles Davis’s 1970s recordings, where long improvisations were edited later to create the finalized tracks by Davis’s producer, Teo Macero. “We record in a slightly backwards manner, where we almost write the music after we’ve recorded it,” Danalogue told Loud and Quiet. “Sometimes for a track that ends up being four minutes long, we may have played it, or played an improvisation that included those moments, for half an hour. It’s like sampling yourself in a way.”

Danalogue and Betamax oversaw the editing and construction of the album, and the seamlessness of the tracks on the recording demonstrate their skills in the recording studio. The results show both the spontaneity of improvisation in the original sessions and the careful construction that studio technology makes possible. 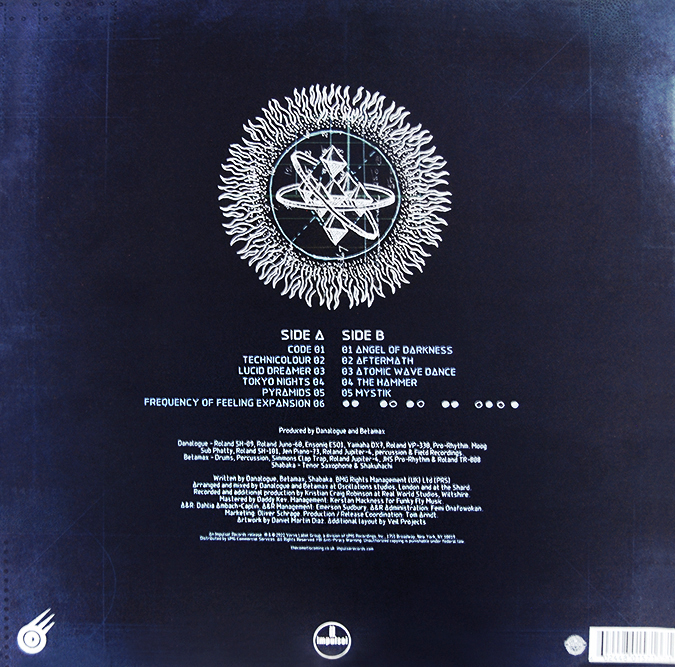 I compared a US pressing of the LP with the CD release. The CD had a higher output than the LP, and low frequencies hit with greater impact. I raised the volume on the vinyl, and the music increased in depth and low-end force. The kickdrum and the bass notes on keyboards hit with more visceral punch on the CD version, but each keyboard and other elements that went into creating the recording had more room to register on the vinyl. I saw the initials “CB” etched into the deadwax, and after cross-checking a few other LPs in my collection, I concluded that Chris Bellman, of Bernie Grundman Mastering, did the vinyl cut of Hyper-Dimensional Expansion Beam.

Hyper-Dimensional Expansion Beam is a darker statement than the group’s other Impulse! releases, such as The Afterlife (2019) and Trust in the Lifeforce of the Deep Mystery. Each of the recordings has a distinct sound, however, which suggests The Comet Is Coming is not locking itself into a particular approach. This album captures the emotions of a society getting to the other side of a pandemic and wrestling with political and cultural change. Somehow, it ends up suggesting a hopeful future. Or, at least, one where you can dance.