Details
Written by Joseph Taylor
Category: Recording of the Month
Created: 01 May 2016

Bob Mould knows the power of loud guitars. He also knows a lot about melody. His best records, including his first solo album, Workbook (1989), or his music with the band Sugar, combine brute force with a strong pop sensibility. The guitar riffs continue to follow you around after you’ve heard them, but he matches them to songs that are radio friendly, or would be in a more perfect world.

Mould’s new CD, Patch the Sky, is perhaps a little less somber than the two that preceded it, Silver Age (2012) and Beauty & Ruin (2014), but it’s still a moving and personal record. Mould is now in his mid-50s, and age and the loss of both his parents in recent years have made him reflective. At the same time, he seems to have accepted the fact that his talent lies in songs that are fast, loud, and easy to dance to.

“Can I find some truth within the noise?” Mould asks in “Voices in My Head.” A strummed acoustic guitar is played behind crunching electric guitars -- it’s one of the touches that give the song structure, but the essence of the tune is Mould’s sweeping, sustained chords. The song, about a fight with depression, ends on a hopeful note:

Patch the Sky is an intense record because Mould, drummer Jon Wurster, and bassist Jason Narducy play so aggressively, but the music is personal and, at times, even tender. One of the more subdued tracks, “Losing Sleep,” about a drive up California’s Highway 5, captures feelings of loneliness and depression. The thrashing “Pray for Rain” sounds jubilant at first listen, but its majestic sound also conveys the complexity of a relationship at its end. 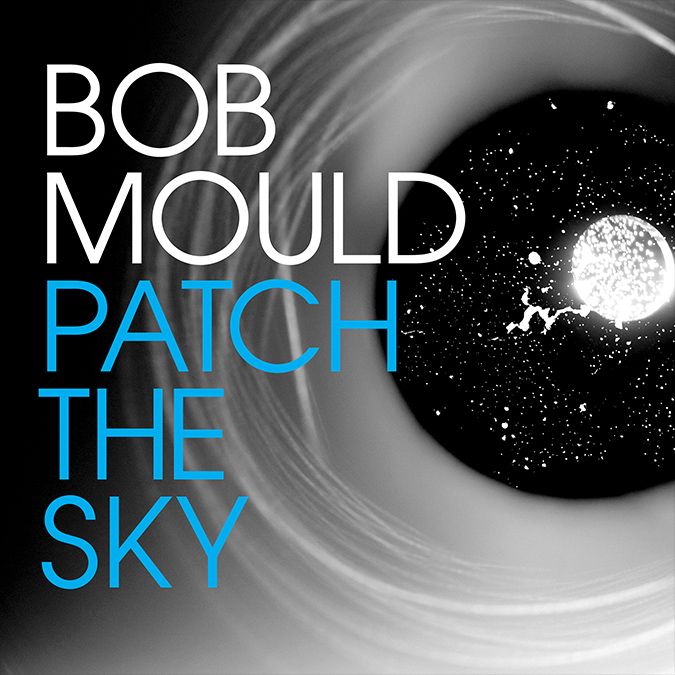 Mould says that Patch the Sky is his darkest record, but also his catchiest. Even the bleak songs are wrapped in ear-grabbing chord changes and engaging melodies. Mould divided the CD into two sections of six songs each; the latter six are perhaps a bit more jagged, but all 12 have the exhilarating rush that makes Mould’s brand of punk rock affirming. “Daddy’s Favorite” expresses so many feelings, including anger, at the passing of Mould’s father, and the slashing guitar chords are exhilaratingly cathartic.

Bob Mould continues to make records that have the agility and excitement of the best rock’n’roll. He’s matured without becoming stodgy. Given his tendency toward overdriven guitars and dense sheets of sound, I was surprised to find the sound on Patch the Sky to be expansive, with a deeper soundstage than I would have expected from a Bob Mould recording. Even his voice, which on past discs has often been buried in the mix, is easier to hear and understand.

It’s tempting to call Patch the Sky a return to form, but Bob Mould’s last three records have been consistent and strong enough to emphasize that aging gracefully can also mean staying true to your vision.