Last year, tenor saxophonist and flutist Charles Lloyd released I Long to See You, a quintet recording with guitarists Bill Frisell and Greg Leisz; it was challenging and musically satisfying, but still accessible. His new disc on Blue Note, Passin’ Thru, is credited to the Charles Lloyd New Quartet, though this group -- pianist Jason Moran, bassist Reuben Rogers, and drummer Eric Harland -- has played together since 2007. The quartet lineup and approach are more traditional than on I Long to See You, but the music is bracing and alive, crackling with energy and creativity.

The album opens with a nearly 18-minute-long version of Lloyd’s “Dream Weaver,” recorded at the Montreux Jazz Festival in June 2016. The music flows with apparent ease, even as it grows dissonant and fiery. It goes through several permutations, from modal sections reminiscent of Coltrane to free jazz. Moran’s piano playing has a hint of gospel during a soul-jazz section, but he’s as adept at deconstruction in the freer passages. Lloyd is endlessly, impressively inventive on tenor, and the quartet keeps this long performance going without losing energy or focus.

The remaining tracks, all by Lloyd, are from a concert in Santa Fe in late July 2016. “Part 5, Ruminations” feels loose and at times chaotic, but has an inner logic that makes it easy to follow. Harland’s skittering snare sets the pace, his emphatic rim shots creating tension. Rogers’s double bass moves swiftly and keeps the performance well anchored, and when he slips into swinging, straight-ahead bop, he makes the segue seem effortless.

“Nu Blues” is a solid, soulful romp that gives Moran a lengthy feature filled with a deep gospel groove and a skillful use of dynamics. Harland and Rogers swing hard, and Moran’s comping behind Lloyd gives the leader endless possibilities for improvisation. The beautiful and understated ballad “How Can I Tell You” shows just how versatile this group is, and how finely tuned to each other. 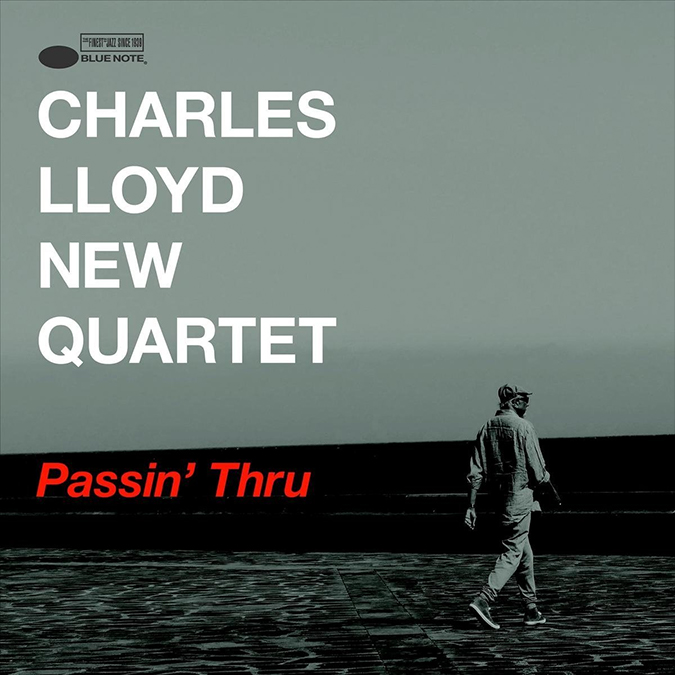 Lloyd picks up the flute for some joyous fun in “Tagore on the Delta,” which opens with Moran strumming his piano’s strings and Rogers laying down a funky bass line. Harland’s in-the-pocket drumming gives the tune an almost New Orleans greasiness, to which Lloyd and Moran respond with emotion-filled solos -- Moran evokes the soul jazz of Ramsey Lewis, but with a bit of edge.

The title track is one of Lloyd’s earliest compositions -- he first recorded it in 1962, for Chico Hamilton’s album of that title. (Lloyd was then a member of Hamilton’s band.) As good as the original was, this quick-paced performance is just as exciting and brilliant, and it’s amazing to me that, at 79, Lloyd’s powers as a player and improviser have not diminished a bit. Rogers opens the track with a brilliant, percussive bass solo, and Moran and Lloyd take the tune breathtakingly fast without ever descending into mere showiness.

The album ends on a deeply personal note. Lloyd dedicated the Santa Fe concert to a close friend, Judith McBean, who died in 2014, and “Shiva Prayer” is mournful, contemplative, a cry of grief. For eight minutes, the track changes in volume and emotional intensity, with long, lyrical passages leading to a fractured, anguished section from Lloyd that captures his pain at losing his friend. “Shiva Prayer” closes on a quiet note that suggests sadness, and acknowledgment of life’s tragic nature.

The recording captures the sound and texture of instruments, though I would have preferred a broader soundstage, to give the players more space. Despite this small reservation, Passin’ Thru is a testament to how four musicians, playing together over a long period of time, can develop a way of communicating that is beyond words. These four can be heard exhorting each other during solos, and it helps underscore how jazz is both communal -- musicians and audience supporting and encouraging the soloist -- and, at the same time, the work of inspired individuals.